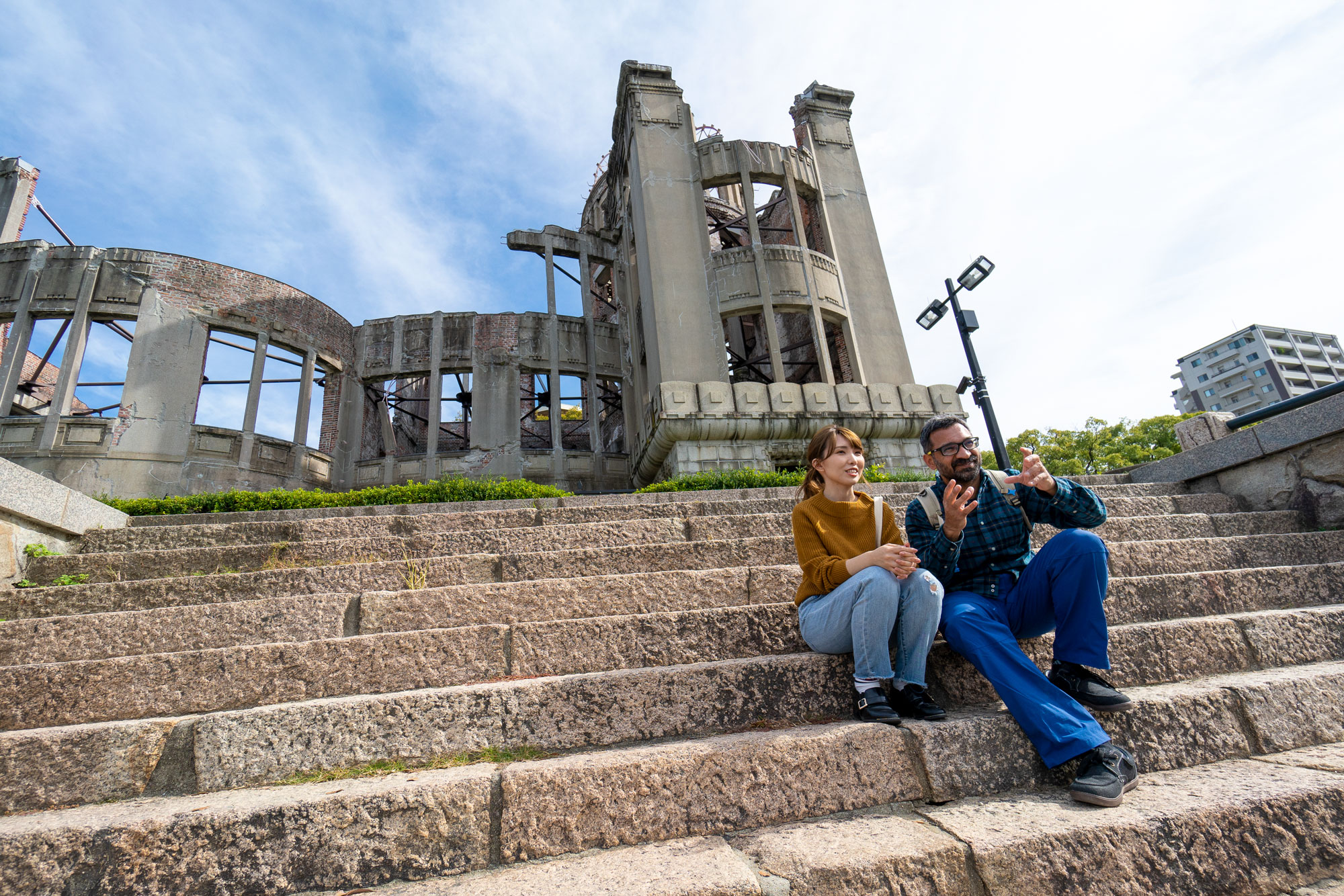 Hiroshima is home to a variety of hibaku buildings, buildings which have survived the atomic bombing, each with its own unique story and historical significance. Each of the six buildings highlighted in this self-guided walking tour are among the most iconic hibaku buildings that stand as lasting, physical testaments to the destructive ability of the atomic bomb. 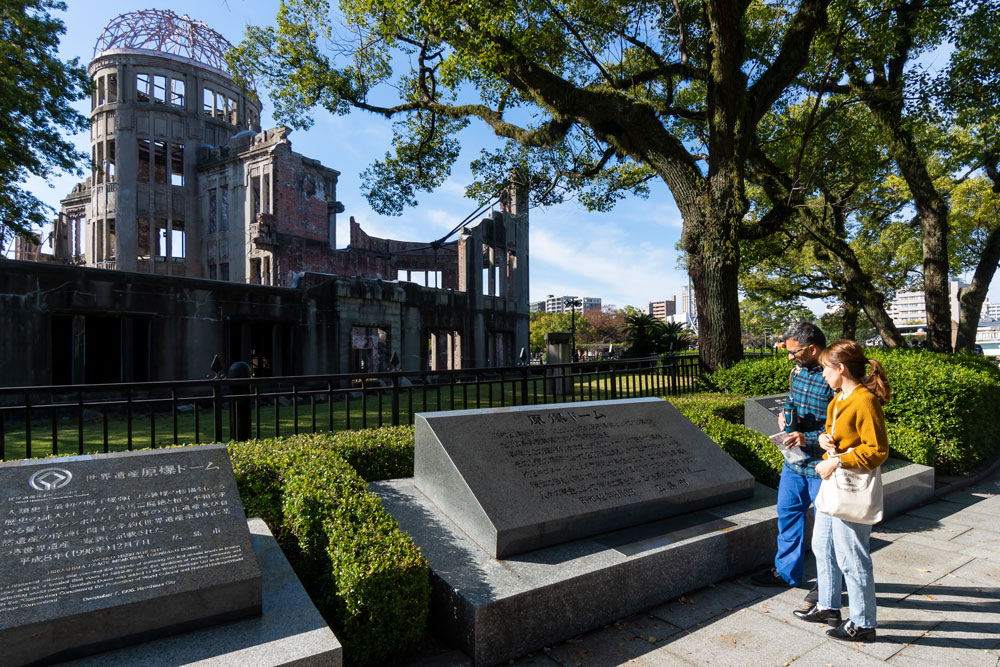 Silent witness to the horror of nuclear weapons: the Atomic Bomb Dome

The Atomic Bomb Dome is located right in front of the Genbaku Dome-mae streetcar stop. Before the bombing, it served as the Hiroshima Prefectural Commerce Exhibition Hall and was a symbol of the prosperity of Hiroshima.

View 360 degree panoramic image of the inside of A-Bomb Dome, by activating the AR-Camera on your smartphone. 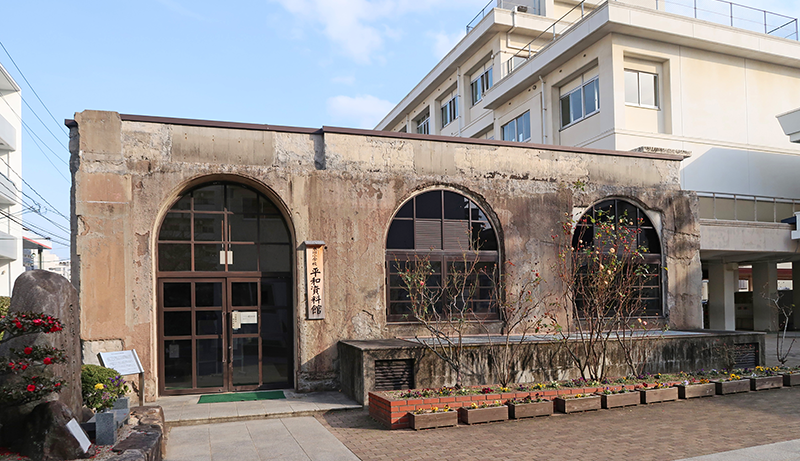 The former Honkawa National Elementary School was the first reinforced concrete school building in all of Hiroshima. The reinforced concrete walls and the basement were the only things that managed to survive the blast on August 6. The basement and part of the original hibaku school building were preserved as a testament to the destructive power of nuclear weapons, and in May 1988, these became the Honkawa Elementary School Peace Museum. 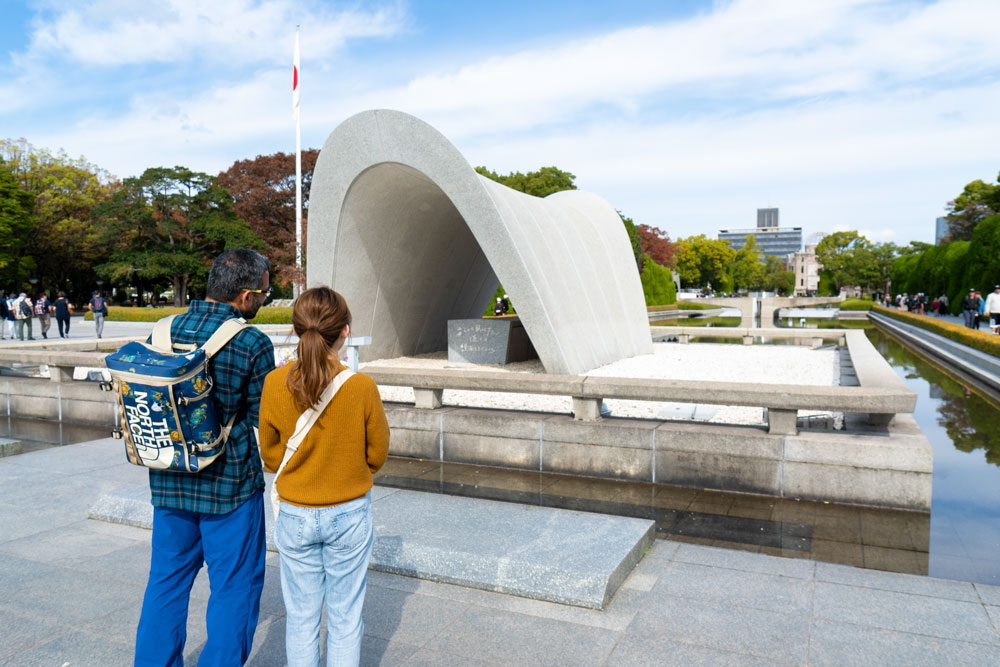 This park was constructed as a commemorative facility in accordance with the Hiroshima Peace Memorial City Construction Law promulgated in August 1948, under the project to make the whole neighborhood of the Nakajima district into a symbol of ever-lasting peace and a recreation area for citizens. 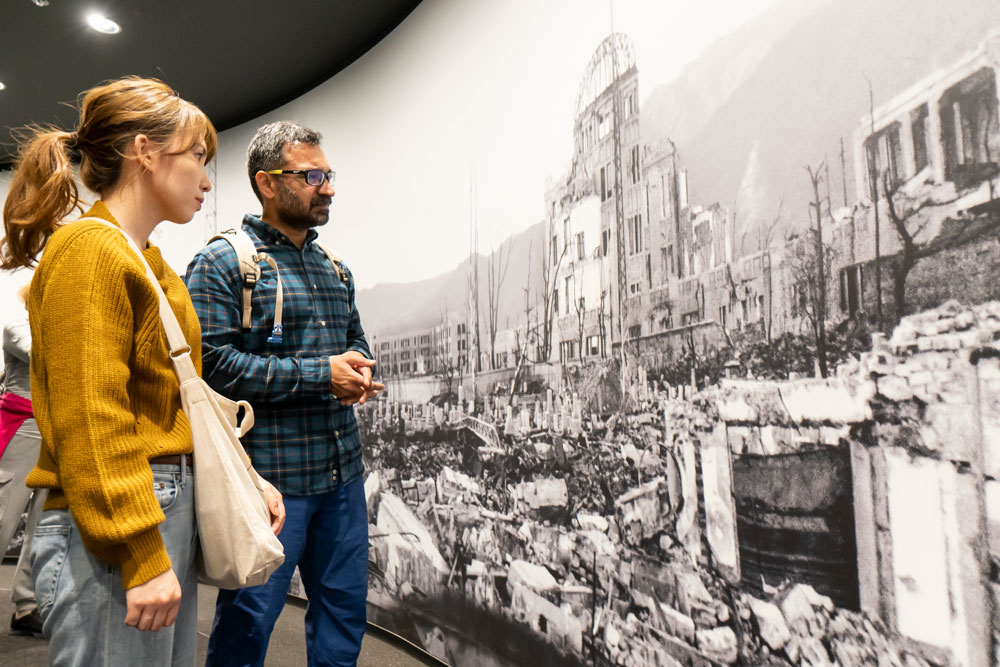 This museum is must-visit. In April 2019, the main building was reopened. The museum displays artifacts from the victims of the bombing, as well as photographs of the destruction caused on August 6, the history of Hiroshima before and after WWII, an introduction to the nuclear age, and other exhibits.

The Former Hiroshima Branch of the Bank of Japan 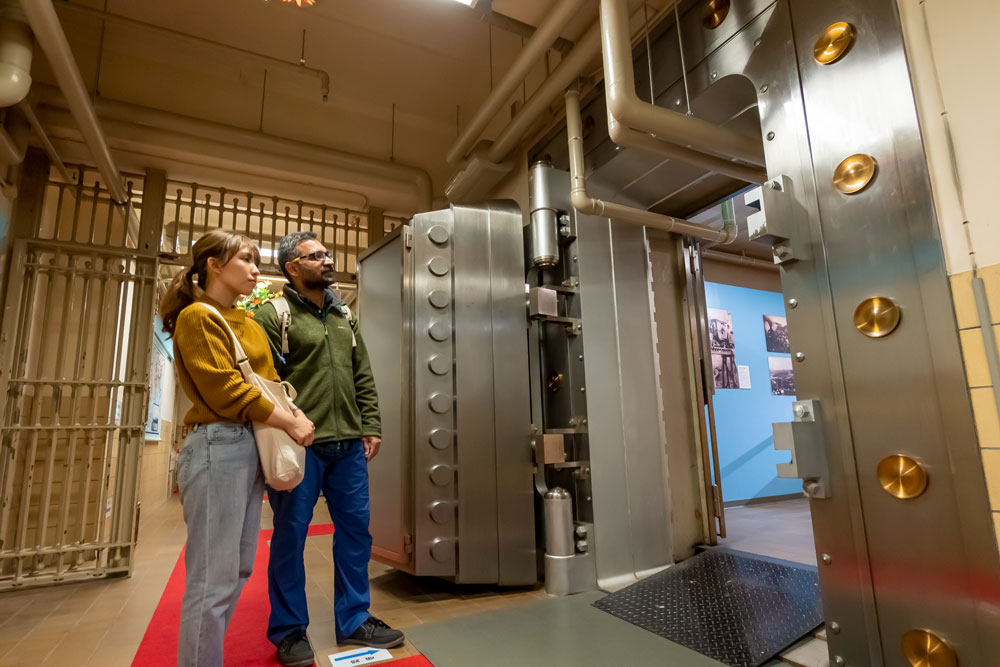 The Former Hiroshima Branch of the Bank of Japan was a mere 380 meters from the hypocenter, the shutters on the first and second floor remained closed, saving the interior from complete destruction. Of the remaining hibaku building, it is said to be the most well-preserved. The underground safe that withstood the blast is now a gallery. 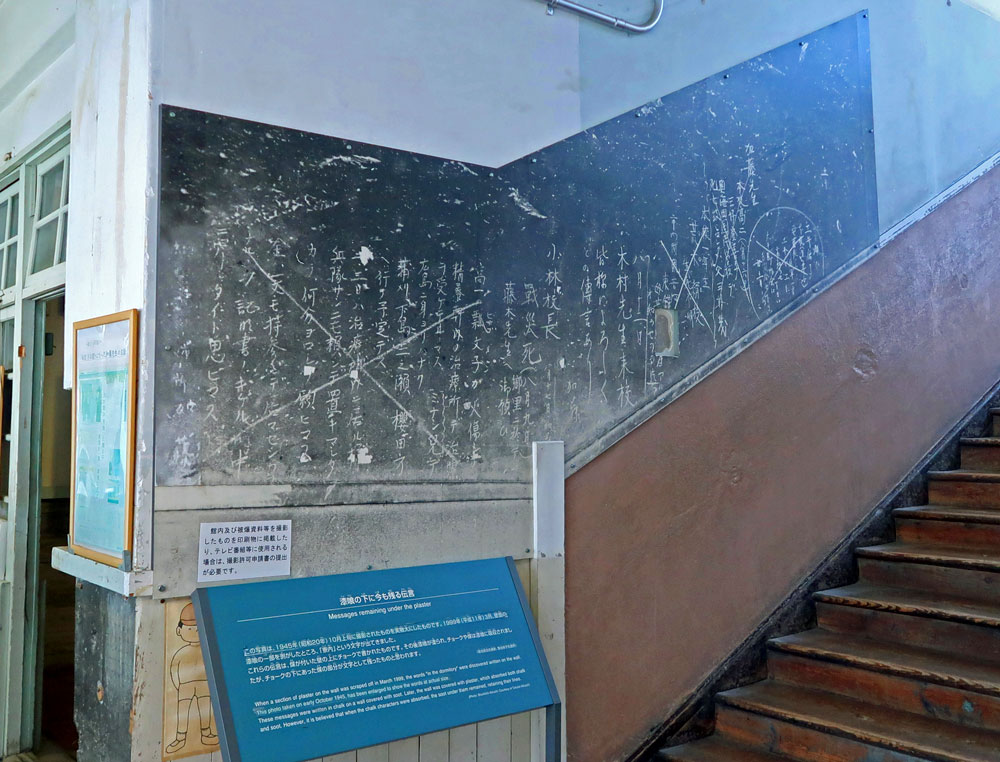 Located just 460 meters from the hypocenter, Fukuro-machi Elementary School was one of the closest schools to the blast. Following the bombing, the remains of the school were used as a shelter and makeshift hospital for victims. During demolition, messages written on the walls by survivors (hibaku dengon) were discovered and the Fukuro-machi Elementary School Peace Museum was opened in April 2002 to preserve and display these messages as well as other artifacts from the bombing.

Paid tour with local guides and electric bicycles to visit Peace Memorial Park and many peace related facilities in the suburbs. (Provided by sokoiko!)