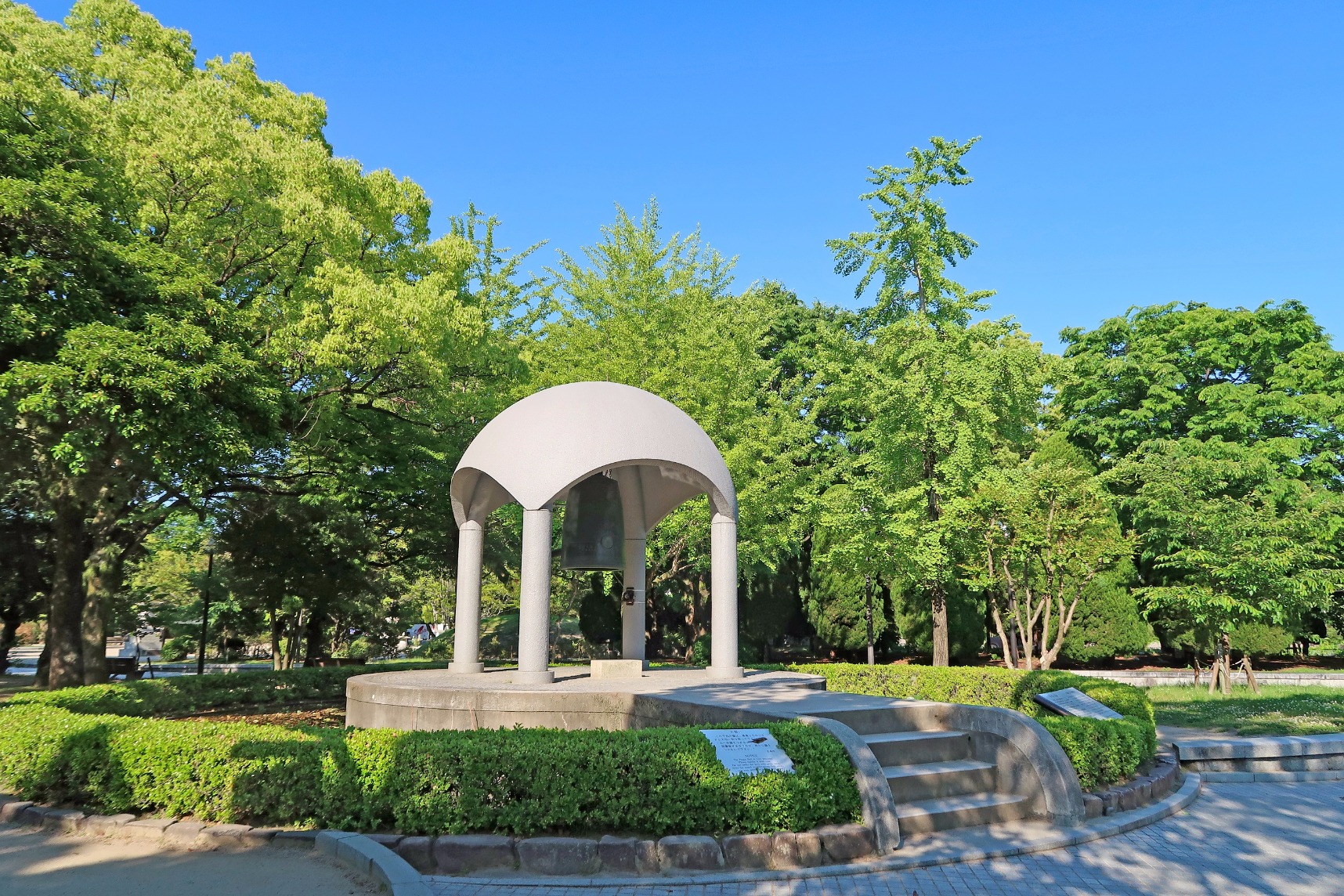 Built in 1964 by the Society of Hibakusha and Victims of the Atomic Bomb for the Realization of the Hopes of Hiroshima, Peace Bell stands as a symbol of the ideological and cultural movement against war and nuclear weapons.

The bell itself was forged by the late Masahiko Katori, a Living National Treasure, and features engravings such as a map of the world without national borders, symbolizing that we are all one world. It also features the atomic energy symbol on the tsuki-za or striking panel, a reinforced spot where the bell is struck, to symbolize the desire to strike out nuclear weapons. On the other side of the tsuki-za is a mirror to reflect the hearts of all who sound the bell.

Surrounding Peace Bell is a pond full of Oga Lotus flowers, planted in prayer for the souls of those who lost their lives; at the time of the bombing, lotus leaves were used to cover wounds and soothe burns. These lotus flowers were grown from seeds excavated from 2,000 year old ruins in Chiba by Professor Ichiro Oga, after whom the flowers are named.