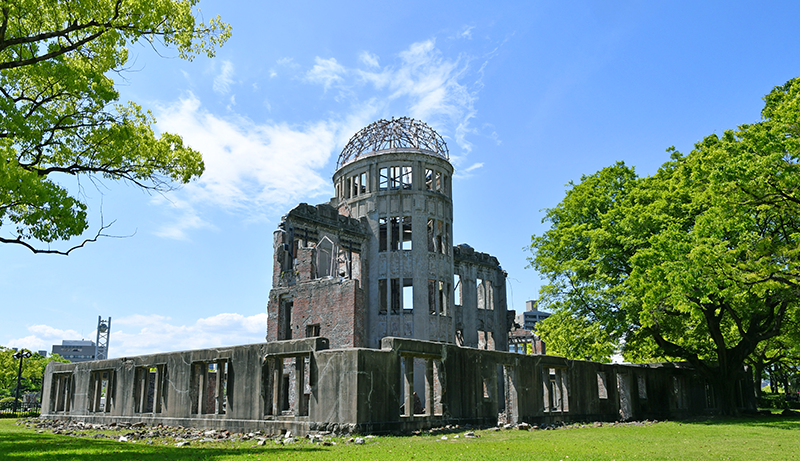 At 8:15 am on August 6, 1945, a single atomic bomb instantly rendered the buildings in downtown Hiroshima to rubble and ash. The Hiroshima Prefectural Industrial Hall, a mere 160 meters from the hypocenter, was severely impacted by both the initial blast and heat rays, concentrated, high-powered rays of thermal energy, which melted the copper covering the dome and set the entire roof ablaze.

After the end of WWII, the dome, now merely a skeleton of bare steel framework, came to be called the Atomic Bomb Dome, a name born of the citizens of Hiroshima. Residents appealed for the preservation of the Dome as a raw example of the sheer destructive power and horror of nuclear weapons, and in 1967, their voices were heard and preservation of the Dome began.