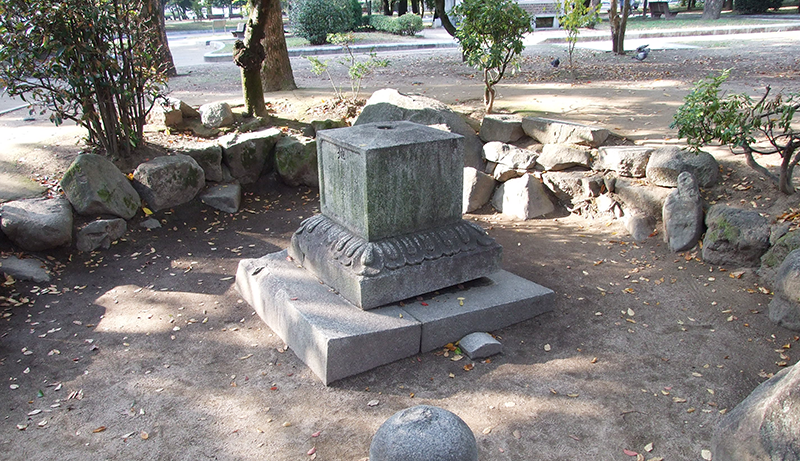 Located where the Ōtagawa River splits into the Honkawa and Motoyasu-gawa Rivers (in present day Peace Memorial Park), Jinsenji Temple was a flourishing Jōdo or Pure Land Buddhist temple dating back to the 1600s.

At just 200 meters from the hypocenter, the blast leveled all the buildings inside the temple complex. Gravestones were shattered and scattered to pieces, the only exception being a gravestone built in 1689 for Kunai Okamoto of the Asano Clan that had once ruled Hiroshima.

During the construction of Peace Memorial Park, the decision was made to preserve the gravestone and surrounding grounds as a testimony to the destructive power of nuclear weapons.

It is the only site in all of Peace Park where the grounds remain as they were in 1945 (the rest of the grounds were built up with sand and dirt, covering the original soil).