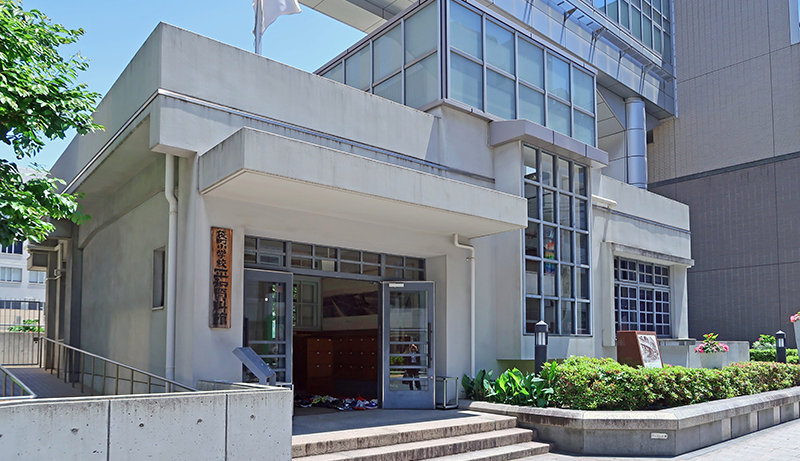 Located just 460 meters from the hypocenter, Fukuro-machi Elementary School was one of the closest schools to the blast. On August 6, 160 students and 16 staff members lost their lives, the wooden school buildings instantly reduced to splinters and devoured by flame. Only the reinforced concrete shell of the West Wing survived.

Following the bombing, the remains of the school were used as a shelter and makeshift hospital for victims. After minimal renovations, the school reopened its doors in May 1946. Repairs and renovations continued until August 7, 2000 when it was slated for demolition due to deterioration.

During demolition, messages written on the walls by survivors (hibaku dengon) were discovered and the Fukuro-machi Elementary School Peace Museum was opened in April 2002 to preserve and display these messages as well as other artifacts from the bombing.