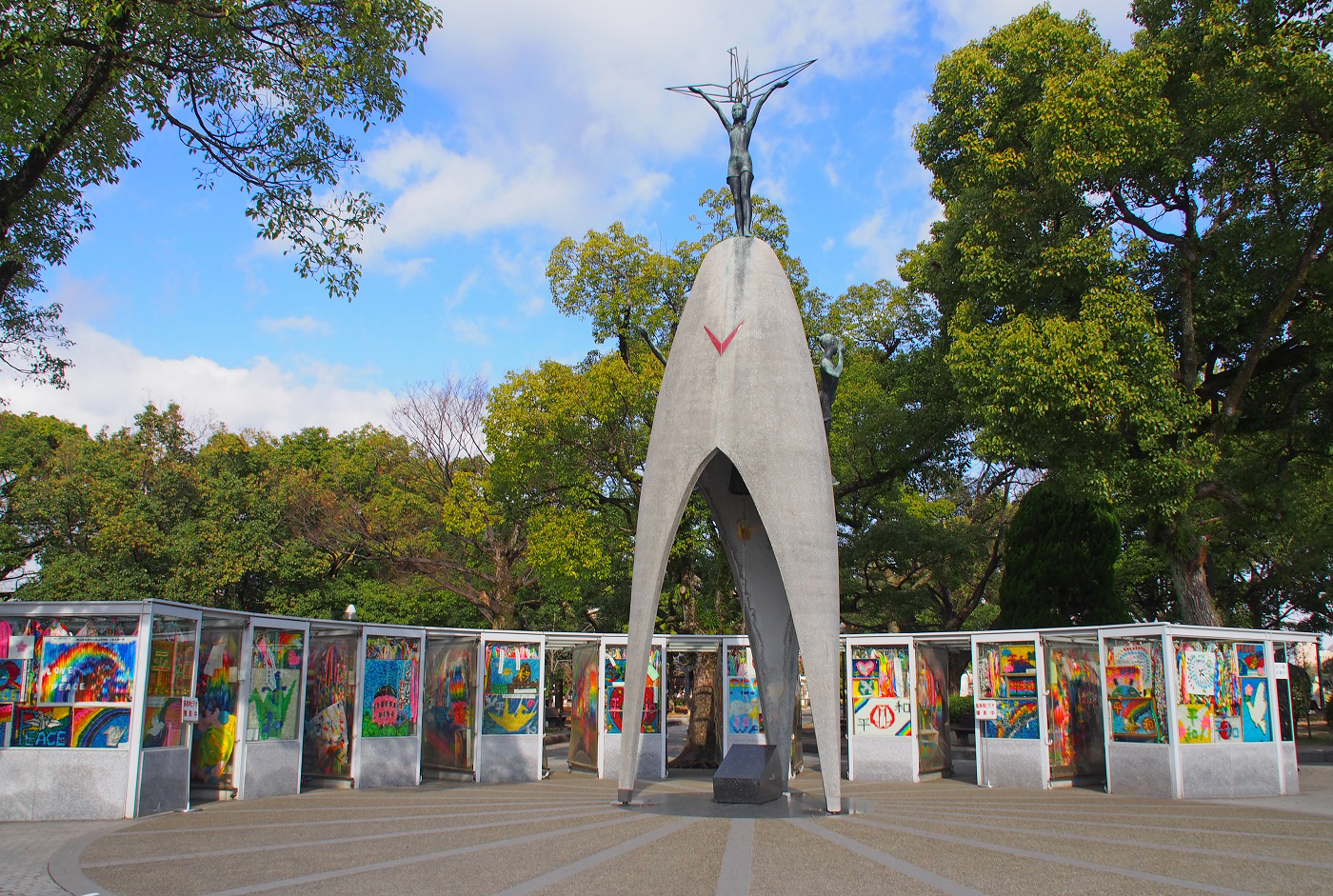 The Children's Peace Monument was inspired by the famous story of Sadako Sasaki. Exposed to the bombing when she was two years old, Sadako later developed leukemia and passed away at the age of 12.

Devastated by her death, Sadako's classmates took action, putting out a national call to create a monument to mourn the children who died as a result of the atomic bomb. Their call was answered by more than 3,100 schools in Japan and nine schools internationally.

Together with their support, the Children's Peace Monument was completed. Designed by Kazuo Kikuchi of the Tokyo University of Fine Arts and Music, the stone, dome-shaped monument stands nine meters high, topped with a bronze statue of a young girl lifting a golden paper crane.

The dome also features two statues of a boy and girl on either side, symbolizing a bright future and hope. Inscribed on the dome are the words "This is our cry. This is our prayer. Build peace in the world."