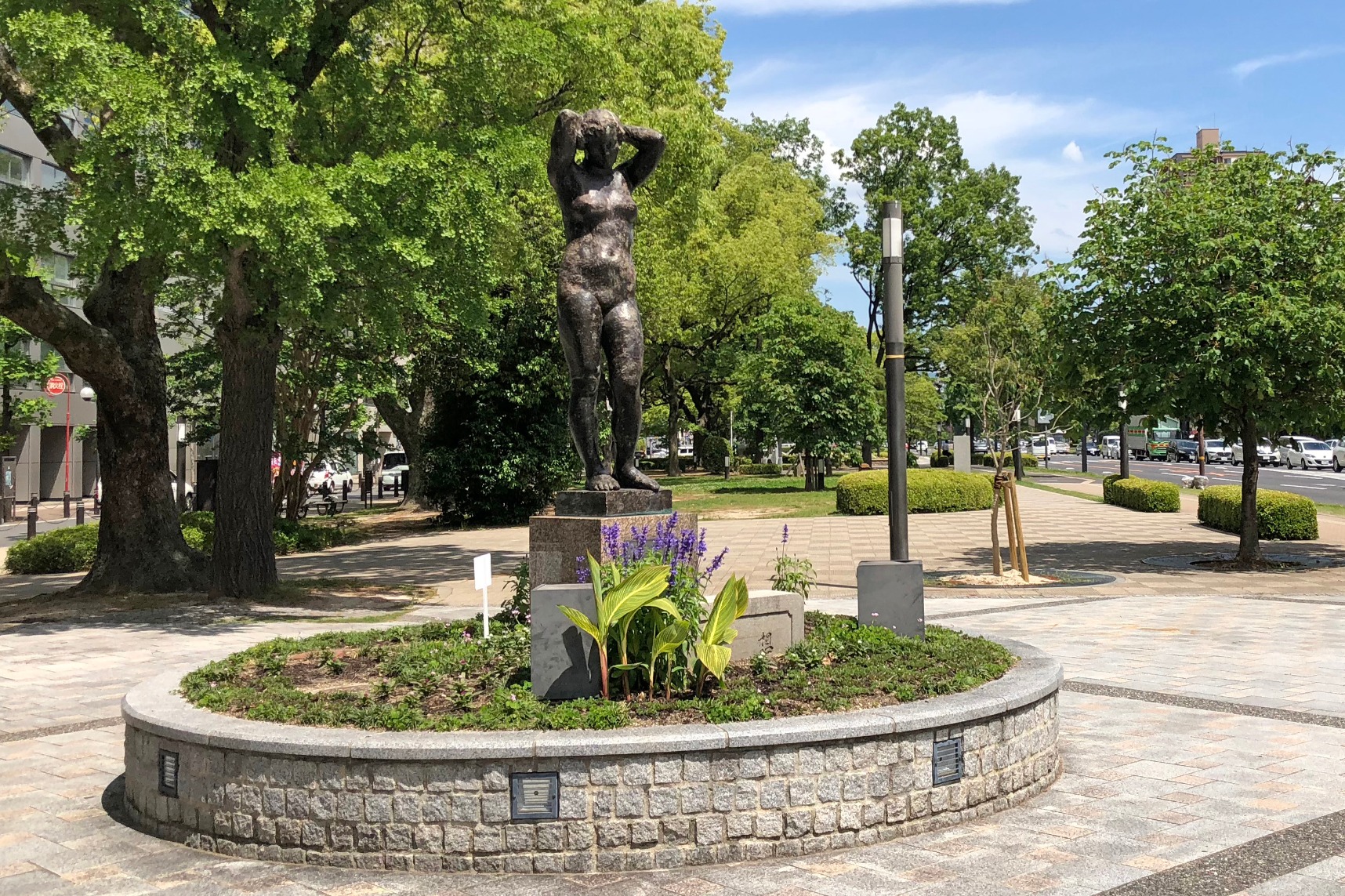 Standing in the stretch of greenery that runs along Peace Boulevard, La Pensée is a bronze statue created by renowned Japanese sculptor Yoshitatsu Yanagihara in 1953, just eight years after the bombing. It was the first post-war outdoor sculpture in Hiroshima. The title, La Pensée, means thought or reflection in French. 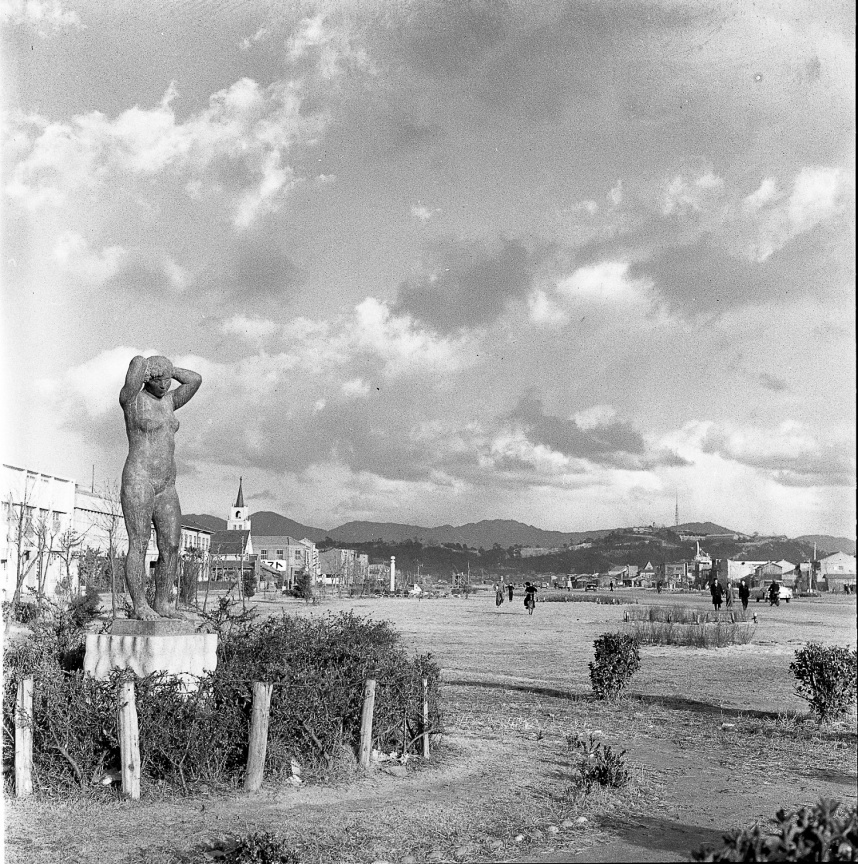 La Pensée circa 1975 (courtesy of the Hiroshima Municipal Archives, photo by Hiroshi Aketa). 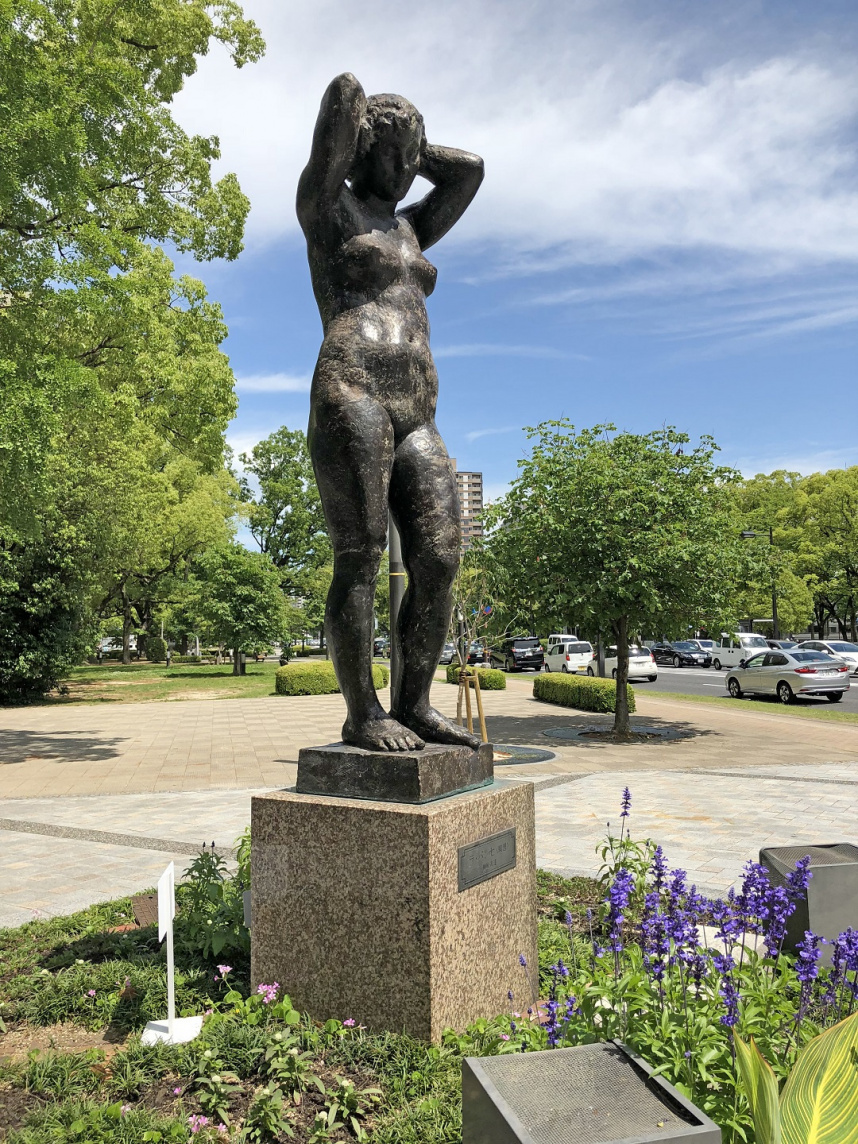