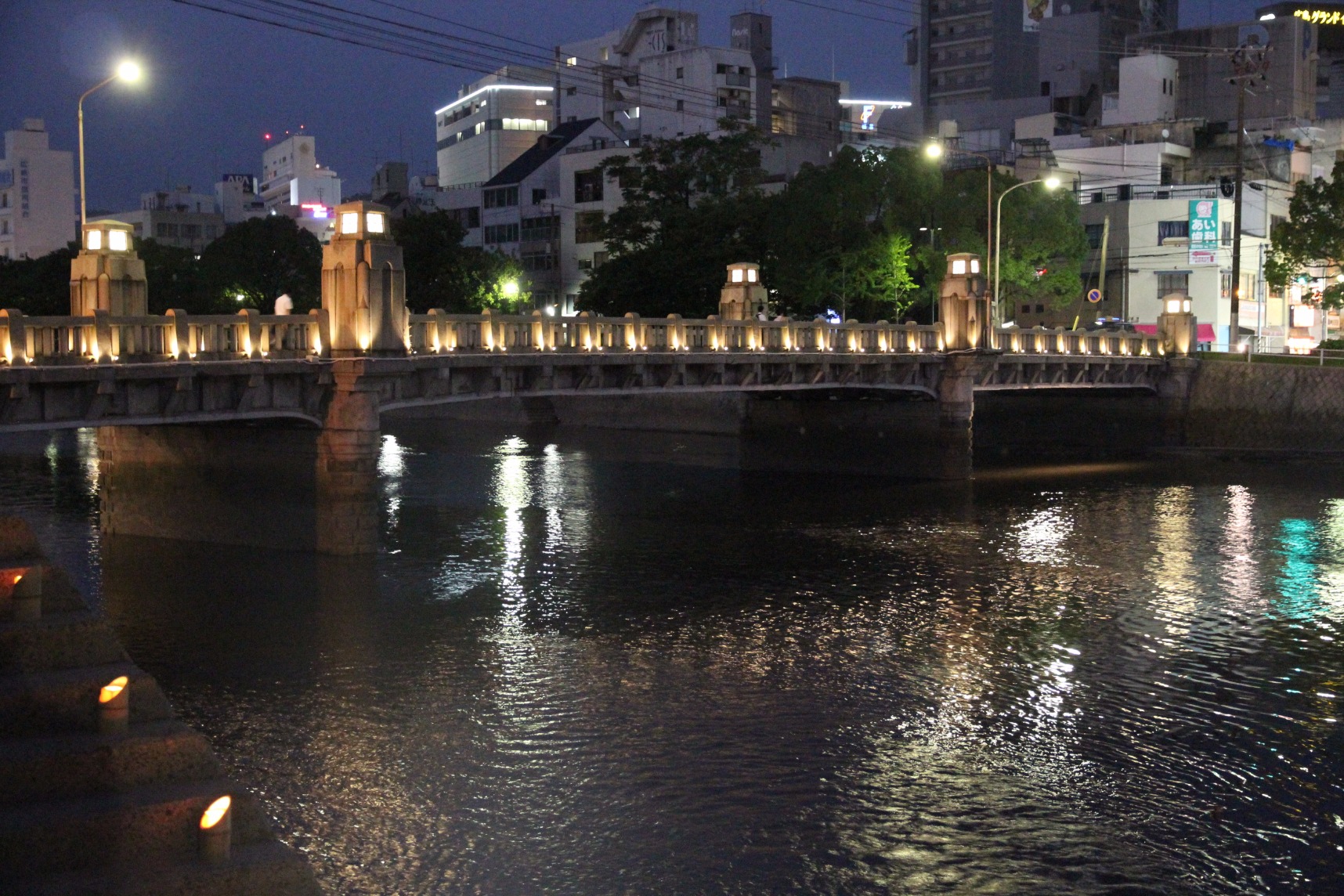 Spanning the Kyōbashi River, the Kyōbashi Bridge was originally built in August 1927 as national bridge. During WWII, the steel plates that served as girders were requisitioned for the war effort. Located 1,380 meters from the hypocenter, the bridge sustained only minimal damage and served to bring relief efforts into the city, as well as an evacuation route.