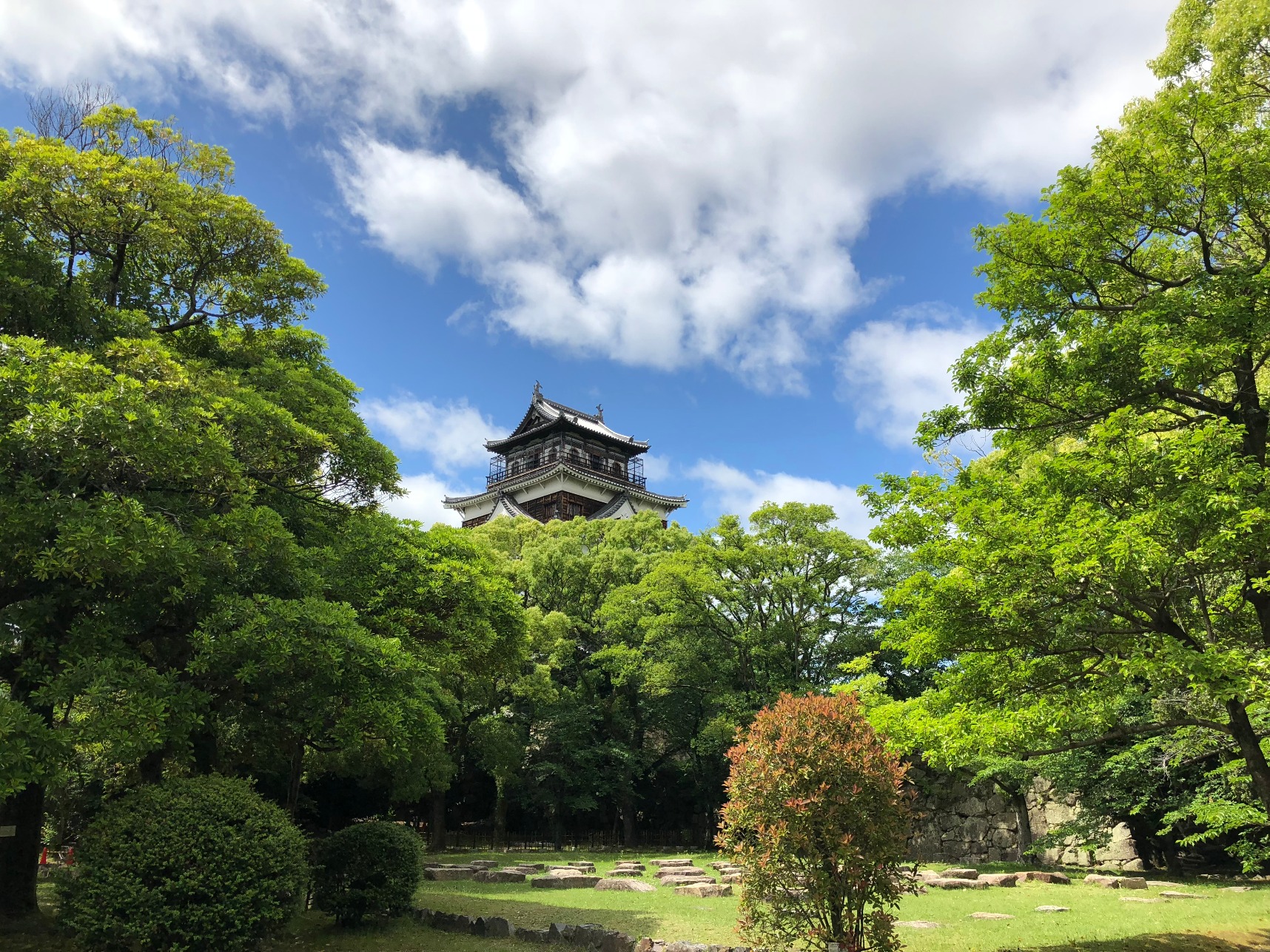 Hiroshima Castle was built by Lord Mōri Terumoto, who owned the majority of the Chugoku Region at the time, in 1589. The location was chosen for its easy access by land and by water, and large-scale construction of the castle's stone wall, moats, castle tower, and surrounding castle town (jōka-machi) began.

After the Battle of Sekigahara, Lord Mōri was relocated to a new domain, and in the Edo Period, the castle fell into the hands of Lord Masanori Fukushima, and then to Lord Naga-akira Asano, where it remained home to the Asano Clan for 12 generations.

Although the original castle tower and other buildings inside the castle grounds remained into the Meiji Era, they were completely destroyed in the August 6 bombing. The castle tower was rebuilt in 1958 as a museum which showcases the history of Hiroshima using original historical artifacts, replicas, and models. The museum hosts six exhibits and annual projects each year. In 1994, the Ninomaru building was rebuilt using traditional wooden construction, and the remains of the Edo Period ishigaki and uchi-gori in the castle grounds were designated as an important historical site.