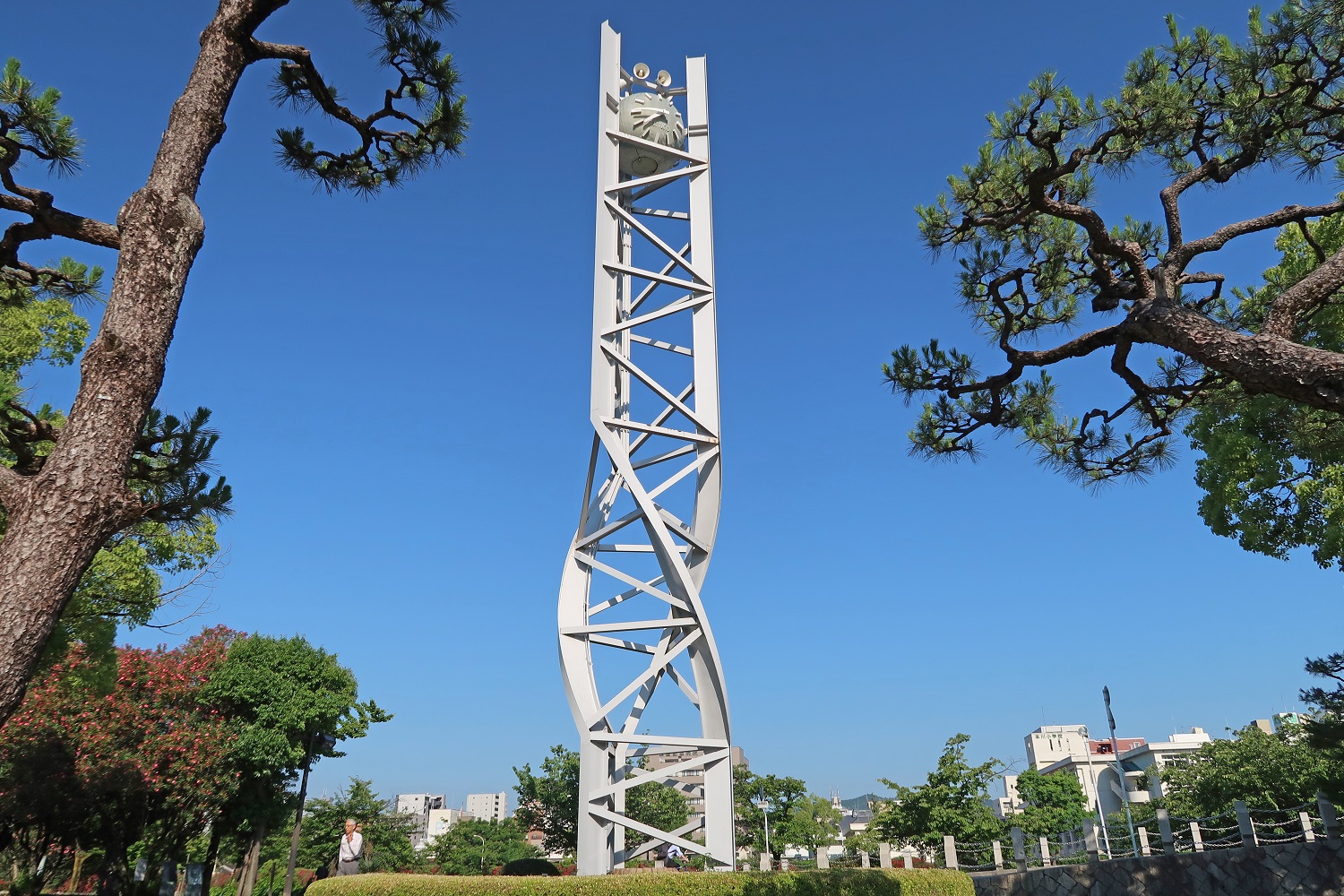 Completed on October 28, 1967, and standing 20 meters tall, the Peace Clock Tower is composed of three iron pillars, each twisted 60 degrees, and a sphere-shaped clock which faces out in three directions. The Clock Tower was built by the Hiroshima Rijo-Lions Club to commemorate permanent preservation of the Atomic Bomb Dome, and each day, it chimes at 8:15 am, the moment when the first atomic bomb in human history was used in warfare, as a plea for nuclear prohibition.