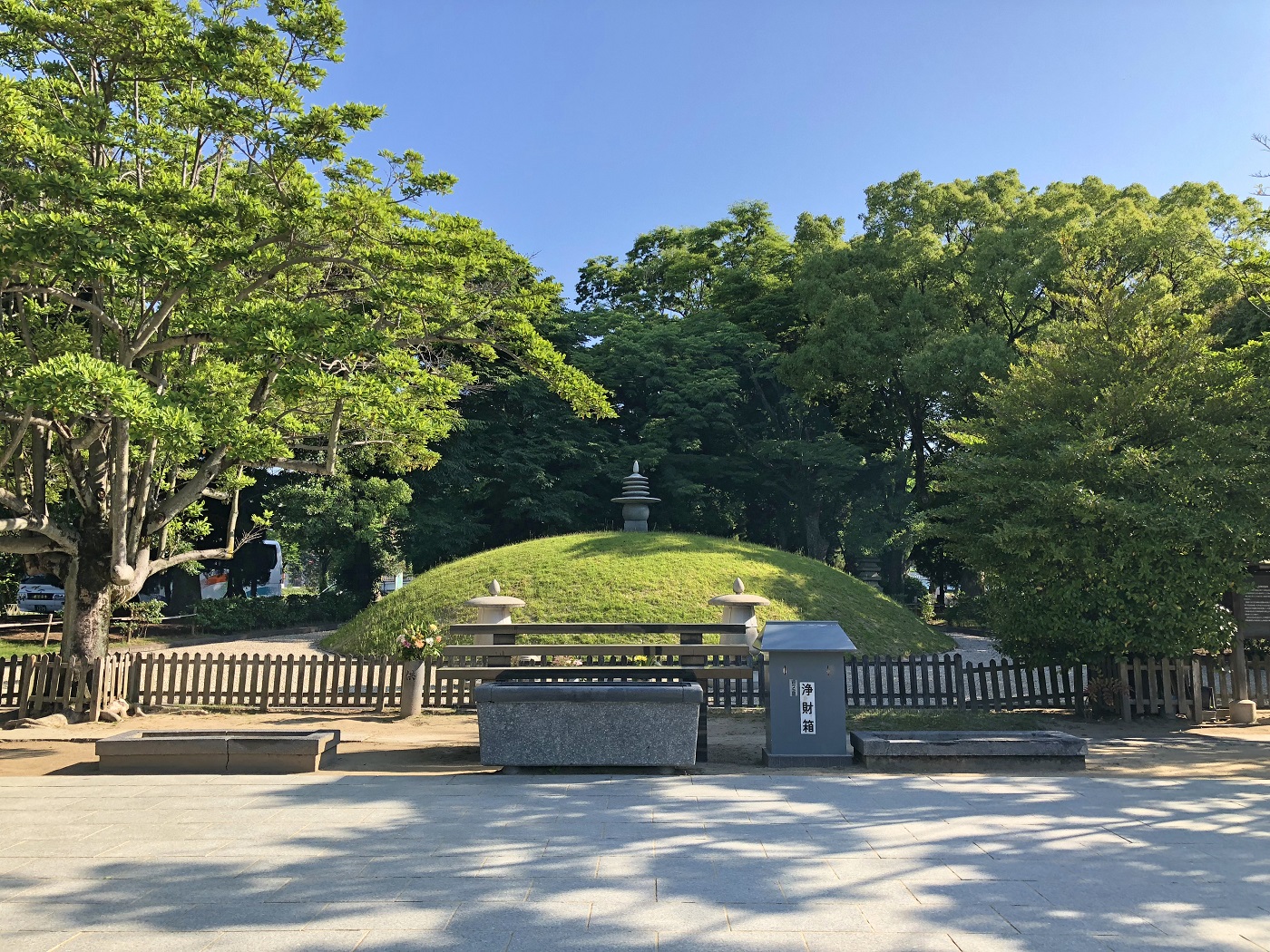 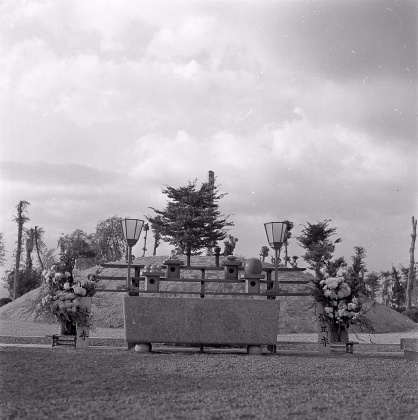 The mound in 1955 (courtesy of the Hiroshima Municipal Archives; photo by Hiroshi Aketa).

After the August 6 bombing, the bodies of victims were laid here and cremated. In 1946, through donations by the citizens of Hiroshima, construction of the precursor to the Atomic Bomb Memorial Mound began with the creation of a temporary memorial, ikotsu-dō (a vault where the ashes of the deceased are kept), and chapel. Then, ten years later in 1955, the City of Hiroshima spearheaded an initiative to repair the aging ikotsu-dō and bring any and all unclaimed ashes outside of Hiroshima back to the city.

The ikotsu-dō inside the mound contains the unclaimed ashes of 70,000 people, and each year, Hiroshima works to identify the ashes and find their families. Of these, 2,434 have been identified as of 1955, but even so, 814 of these identified ashes still remain unclaimed (as of June 2019). Each year on August 6, an interfaith memorial service is held in front of the memorial for the souls of the victims.