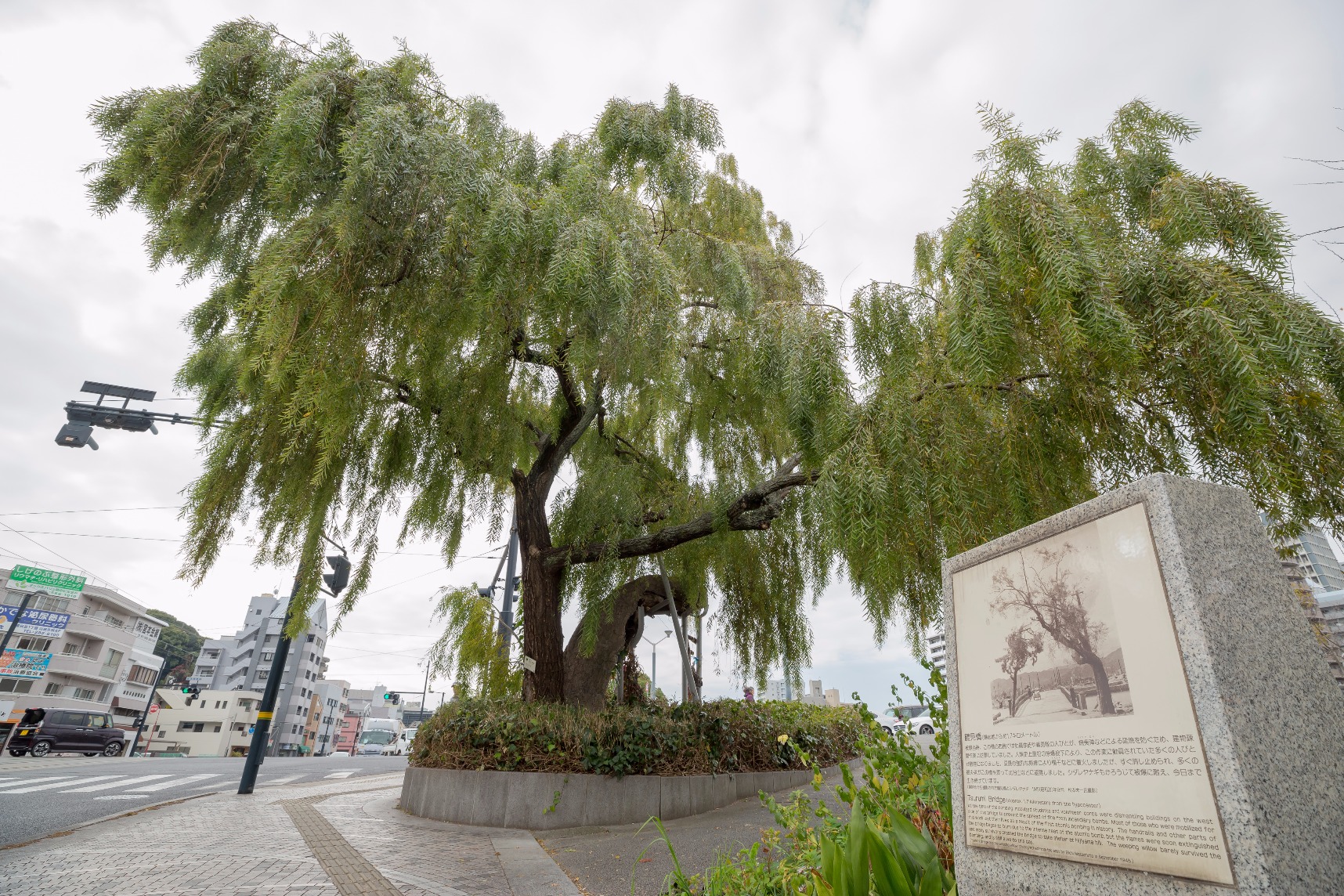 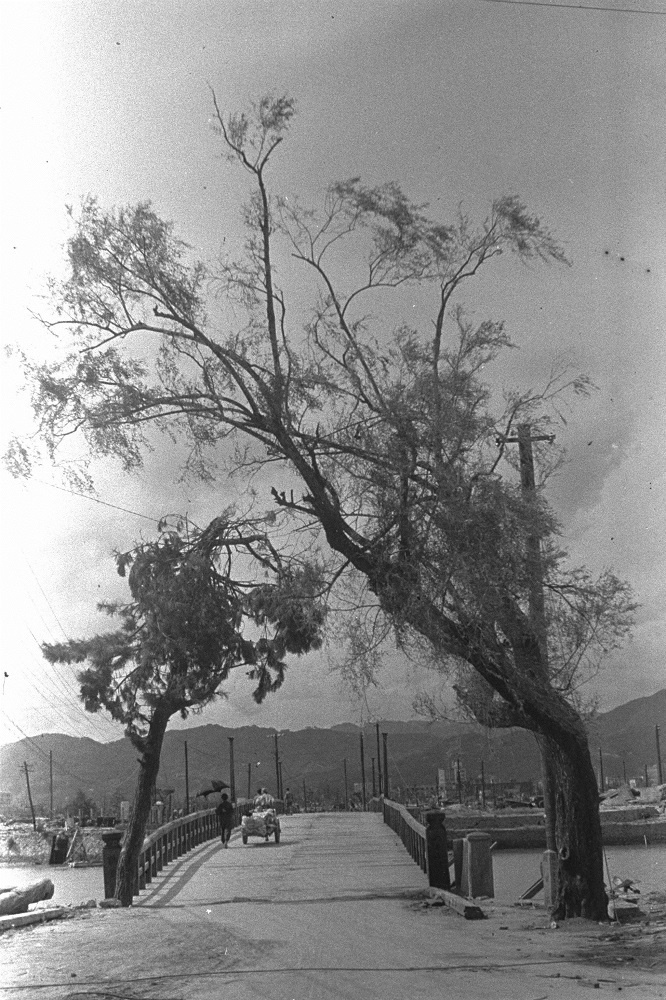 The weeping willow which survived the blast at the east end of Tsurumi-bashi Bridge in September 1945 (courtesy of the Asahi Shimbun).

1,700 meters from the hypocenter, this weeping willow, which is located right next to the Tsurumibashi Bridge by the Hijiyama-shita streetcar stop, lost all of its top branches in the August 6 bombing. Half of the trunk withered and died as a result, but from the same roots, a new tree grew, becoming the magnificent weeping willow you see today. 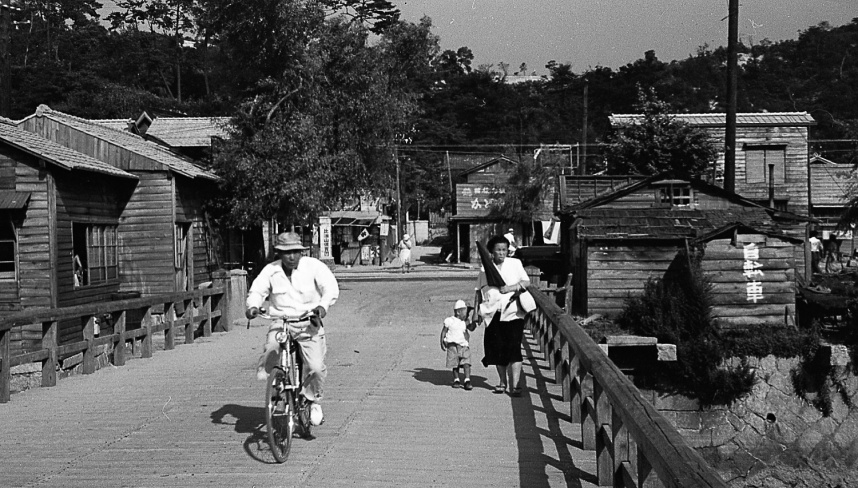 The weeping willow in 1952 (courtesy of the Hiroshima Municipal Archives; photo by Hiroshi Aketa). 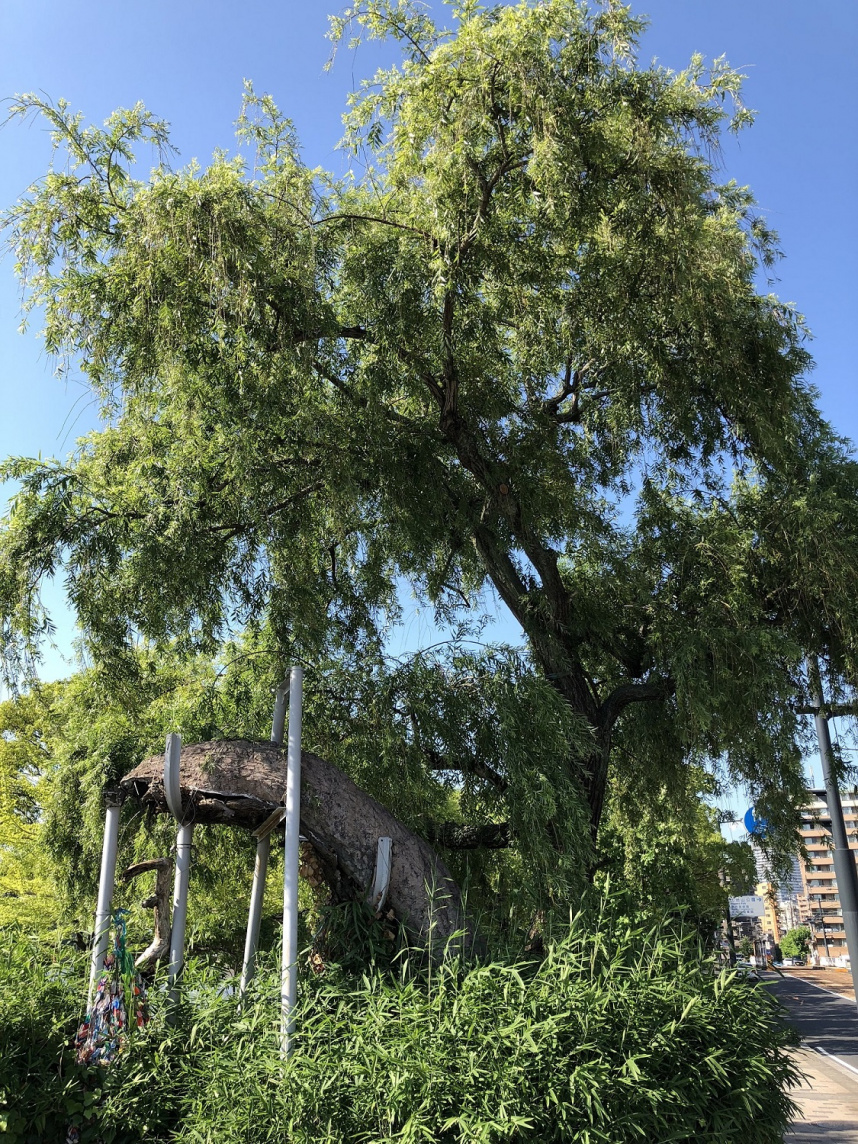