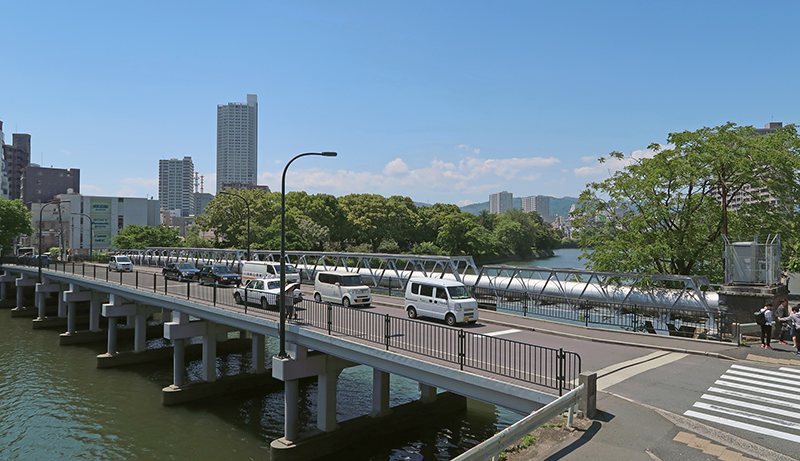 Spanning the Kyōbashi River, the Sakaebashi Bridge was built in October 1930 with girders made from reinforced concrete. The bridge runs parallel to the Sakaebashi Water Pipe Bridge, about 1,510 meters from the hypocenter -- in fact, if you continue the road straight from the bridge, you will end up at the site of the hypocenter.

Both the Sakaemachi Bridge and the Sakaemachi Water Pipe Bridge sustained little to no damage in the August 6 bombing, however both banks of the Kyōbashi River fell prey to the ensuing firestorm.