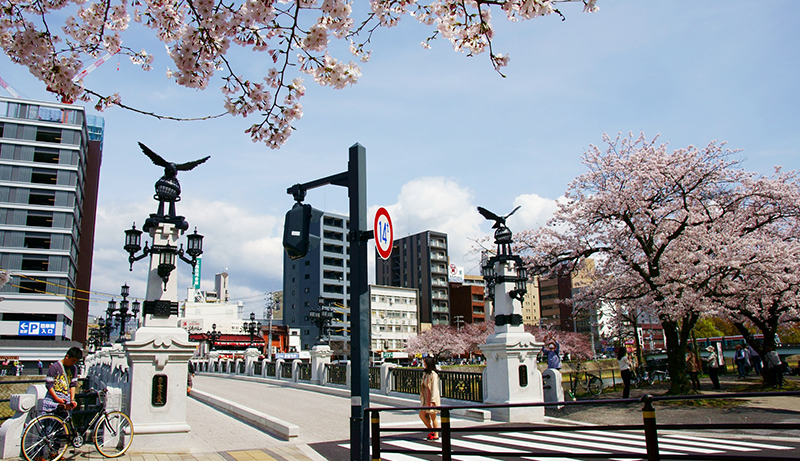 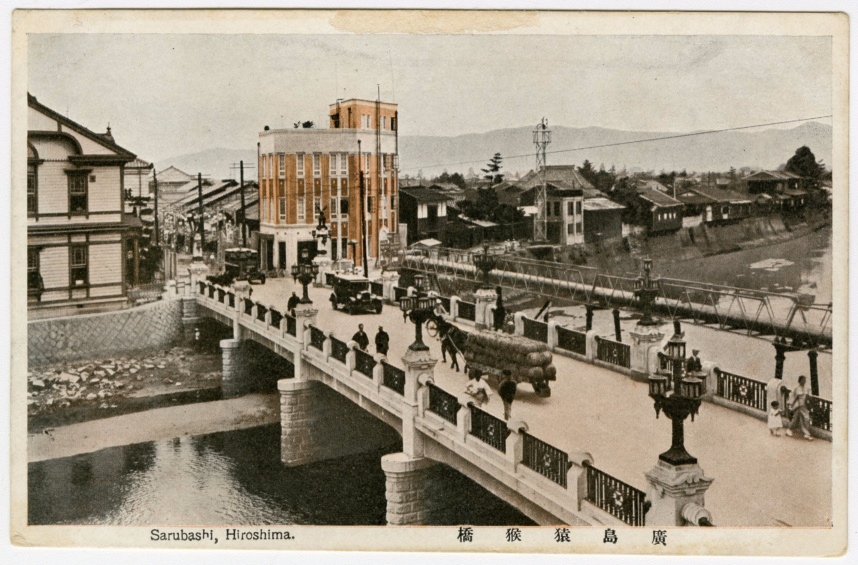 Before World War II (courtesy of the Hiroshima Municipal Archives).

Spanning the Enkō River, the Enkōbashi Bridge historically served to connect the old capital in Kyoto to the southern provinces in Kyushu along the Saigoku Kaidō during the Feudal Period.

In 1926, Hiroshima Prefecture rebuilt the bridge, adding ornamental bridge posts with statues of eagles in flight atop globes, and engravings of monkeys on the handrails (the characters for enkō // 猿猴 mean "monkey"). At the time, it was the most ornate bridge in all of Hiroshima.

During WWII however, these ornamental fixtures were requisitioned for the war effort and replaced with pillars and railings of stone. Located 1,820 meters from the hypocenter, the bridge sustained little to no damage and served as an evacuation route post-bombing.

The name Enkō is used in local dialects in the Chugoku and Shikoku region. It means kappa, or mythical water goblin from Japanese folklore. 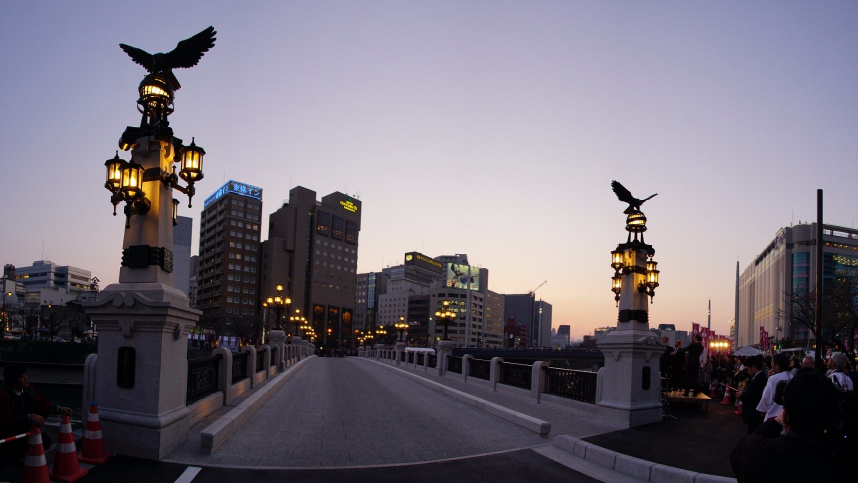 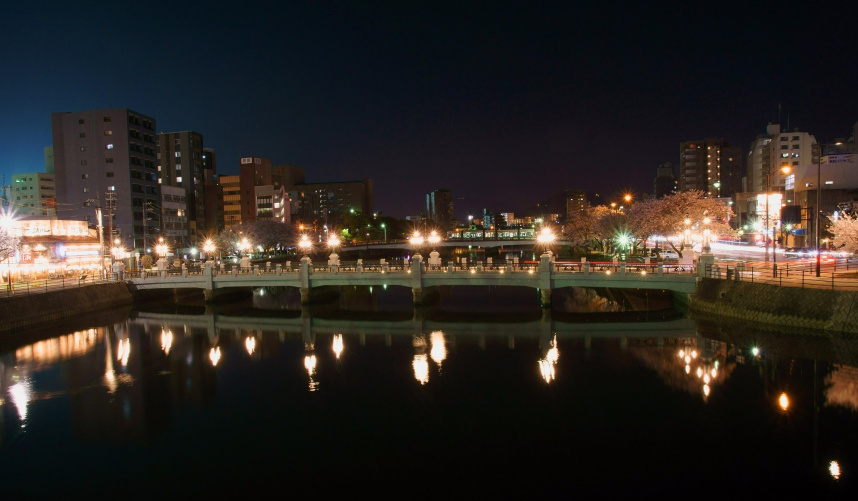