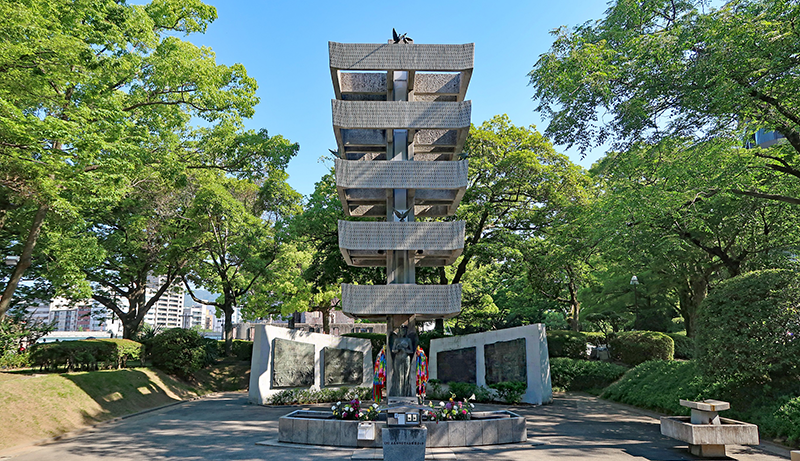 In August 1944, the national government of Japan enacted the Student Labor Service Act which called upon students at the middle school, high school, and higher education levels to serve their country by helping with war efforts such as working in munitions factories or tearing down buildings to create fire breaks (places to stop fire from spreading).

On August 6, roughly 6,300 of the 8,400 students serving under the Labor Service Act fell victim to the bombing. In addition to these students, many more who were working in other business facilities around the city also perished in the bombing. This memorial tower was built with funds gathered by the bereaved families of these students.