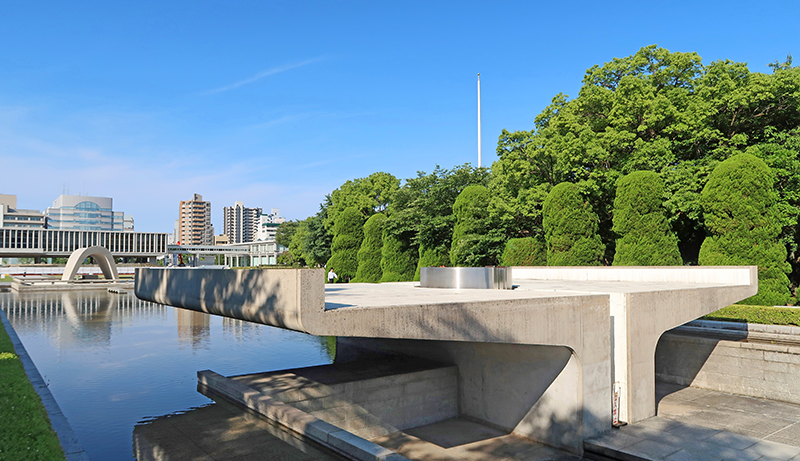 Designed by Kenzo Tange, then professor at the University of Tokyo, the base of the sculpture represents two wrists joined together, and the two wings on either side represent two palms facing upwards to the sky. It was designed both to console the souls of the thousands who died begging for water and to express the hopes for the abolition of nuclear weapons and the realization of lasting world peace. The flame at the top was lit on August 1, 1964, and has been burning ever since in protest of nuclear weapons, and will continue to burn until there are no nuclear weapons left on earth.

The Flame of Peace