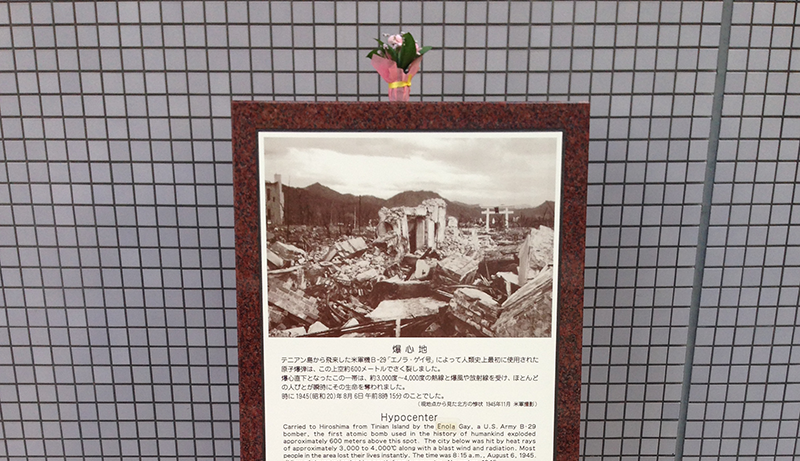 The very first atomic bomb to be used in human warfare exploded 600 meters in the air above this very spot, dropped from the US Boeing B-29 bomber, the Enola Gay, on August 6, 1945 at 8:15 am. The explosion, followed by blast winds and concentrated heat rays, took the lives of those in and around the hypocenter in an instant.