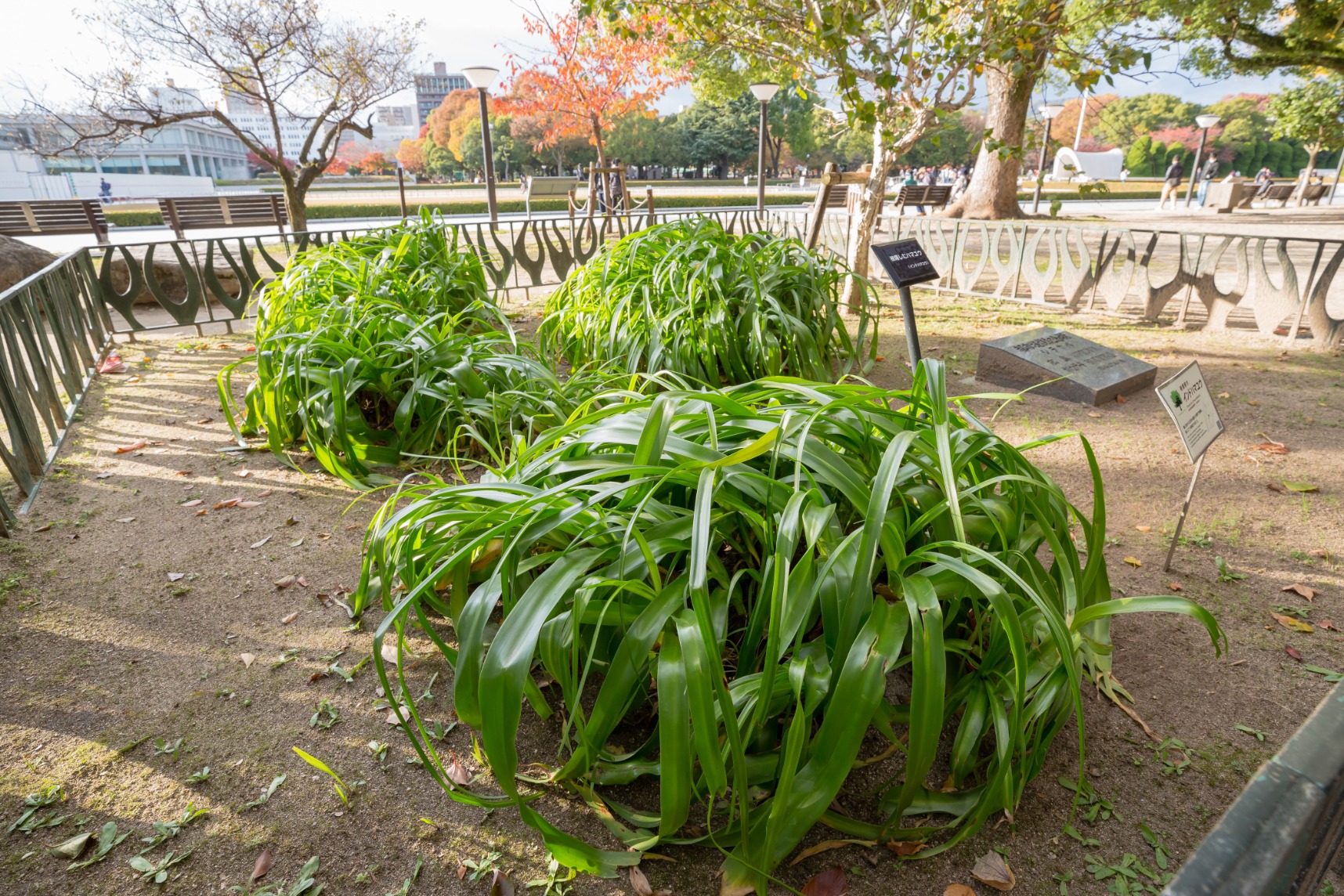 This crinum lily in Peace Memorial Park was exposed to the bombing 2,200 meters from the hypocenter at the former Hiroshima Girls Commercial High School in Dambara, where soldiers in training for ship artillery units were stationed. One month after the bombing, a soldier found new leaves growing from a lily bulb that had been burned and blackened and took it home to Kanagawa Prefecture. The lily thrived and was donated to Peace Memorial Park in 1969. 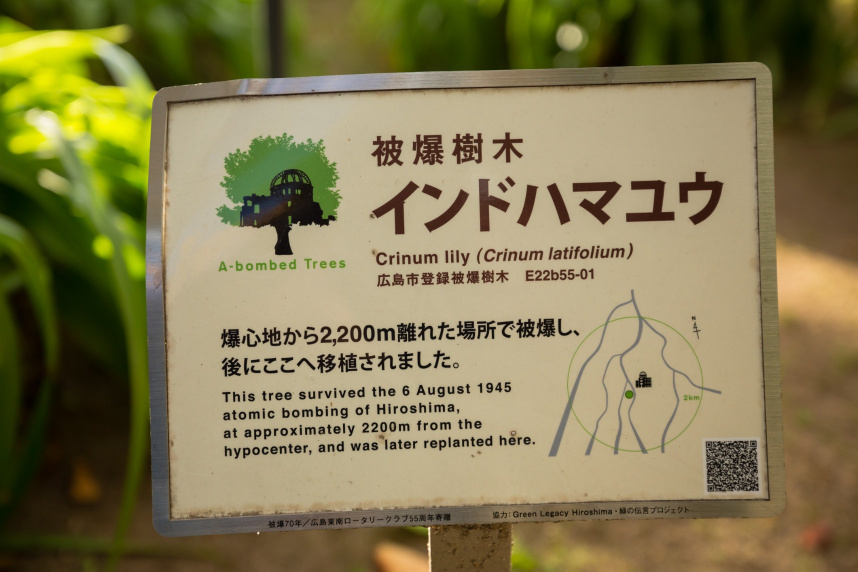 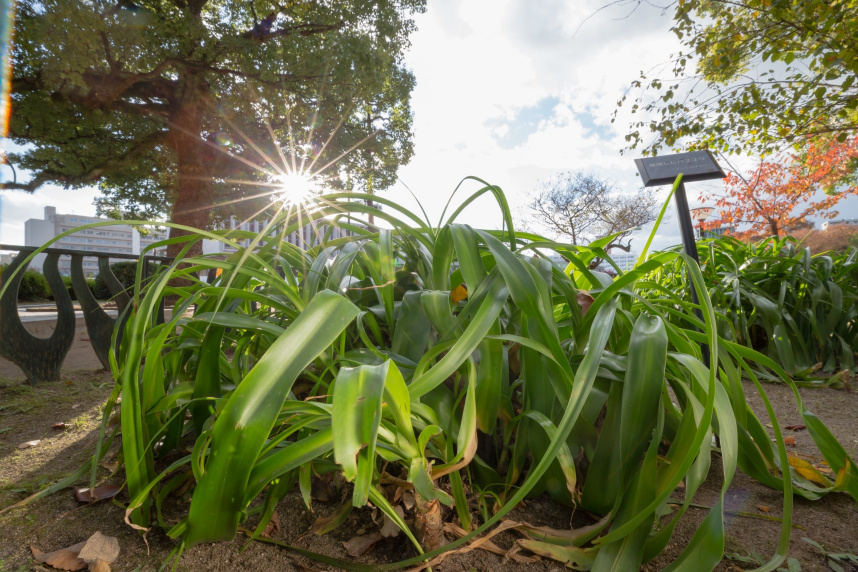