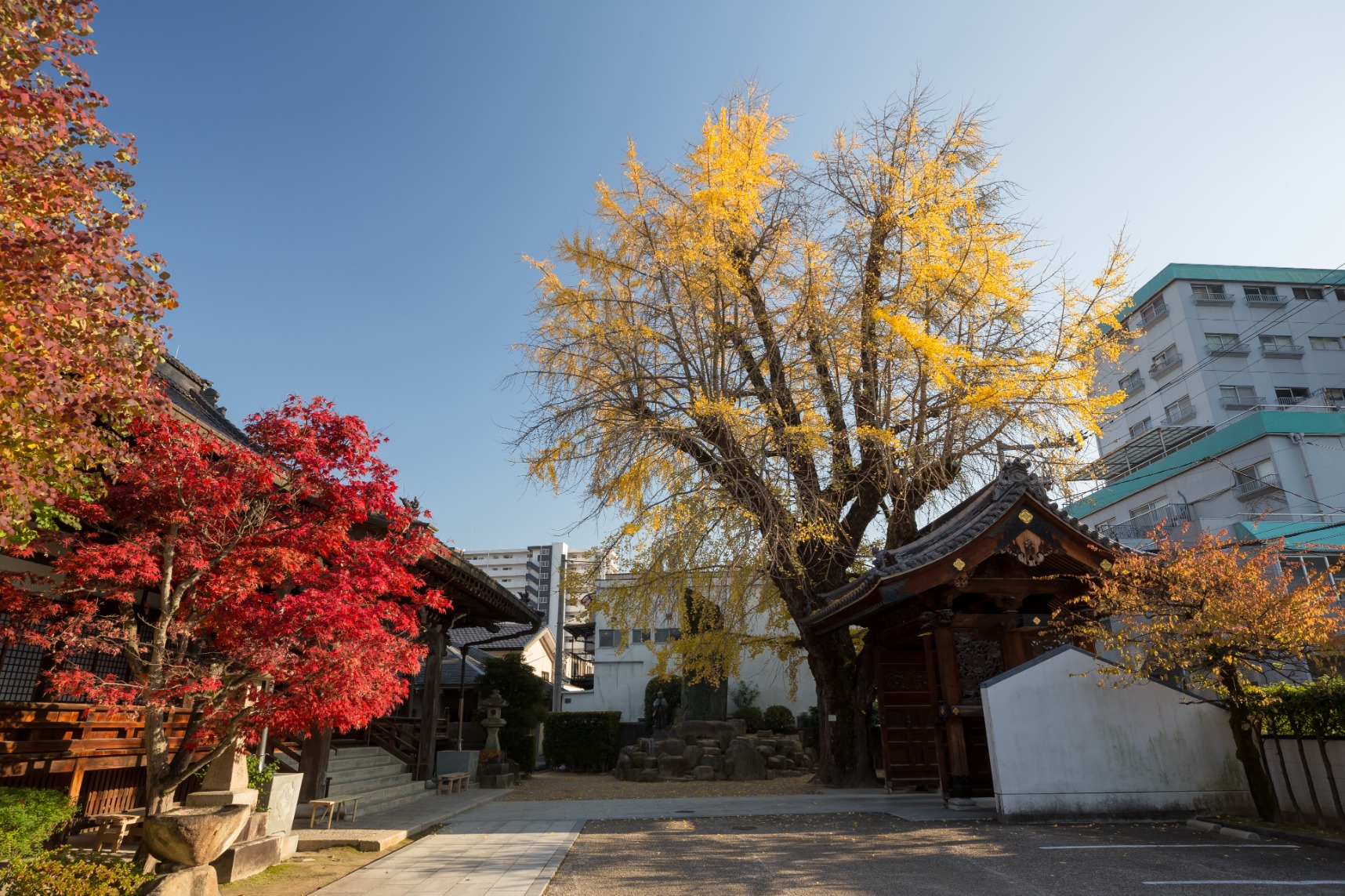 This ginkgo tree survived the bombing at Anraku-ji Temple, 2,160 meters from the hypocenter. While its branches were burned away by the bombing, the trunk remained and new buds grew from it in the following year, giving hope to the people in the area. Today, the tree is 20 meters tall with a trunk circumference of 4.55 meters. When it came time to rebuild the temple gate, they designed the roof of the gate with a large hole so that the ginkgo tree could continue thriving. The top of the trunk is divided, a rarity in ginkgo trees, and the portion facing the hypocenter bears scorch marks from the bombing. The main temple hall, which was built in 1788, fell in the blast winds and was fixed in 1994. It still leans slightly to the north and is registered as a hibaku building. 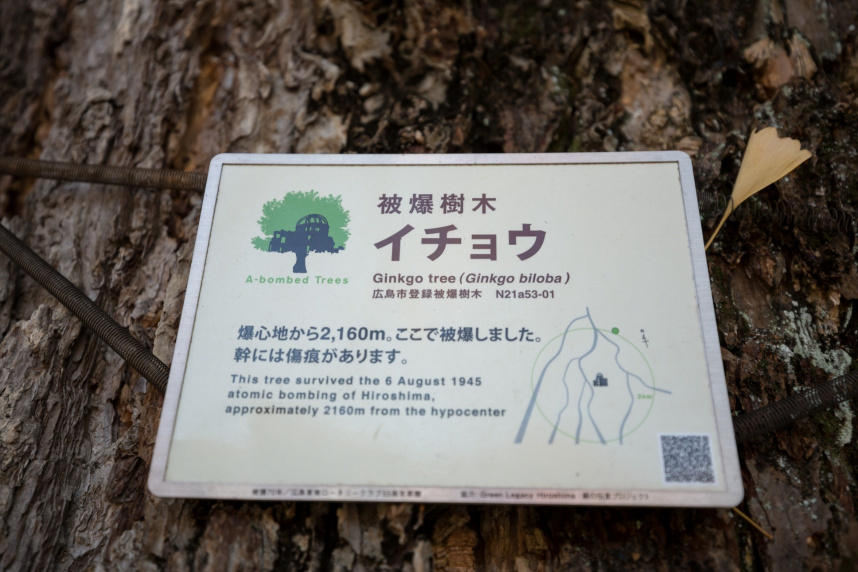 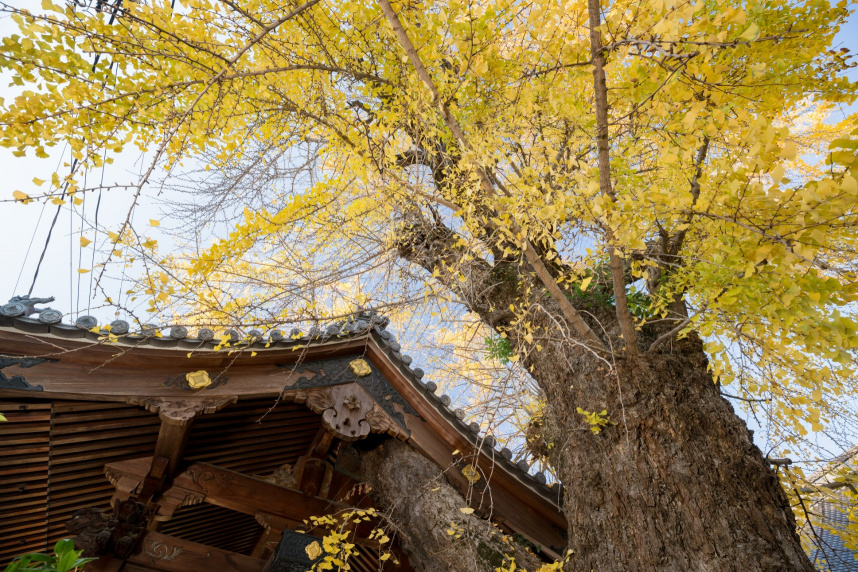 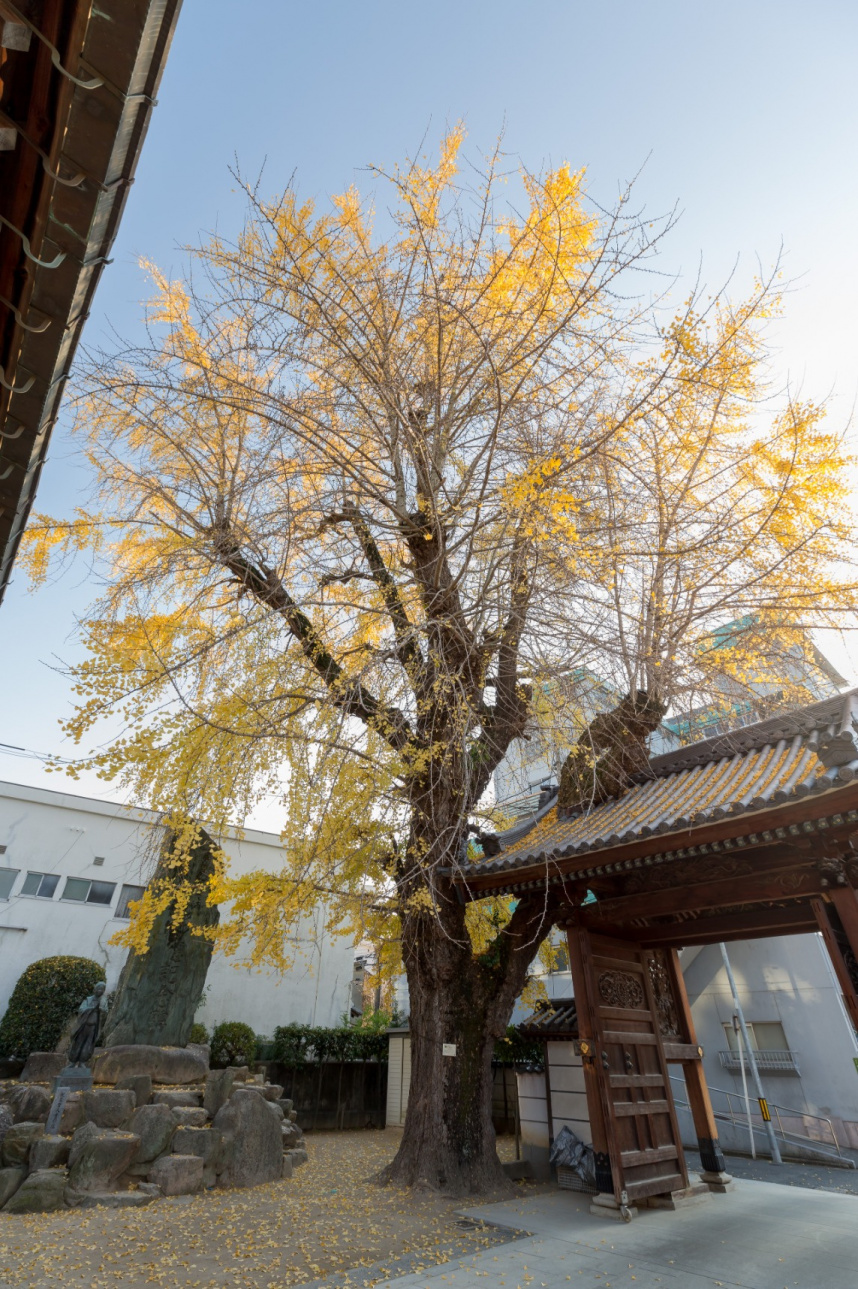