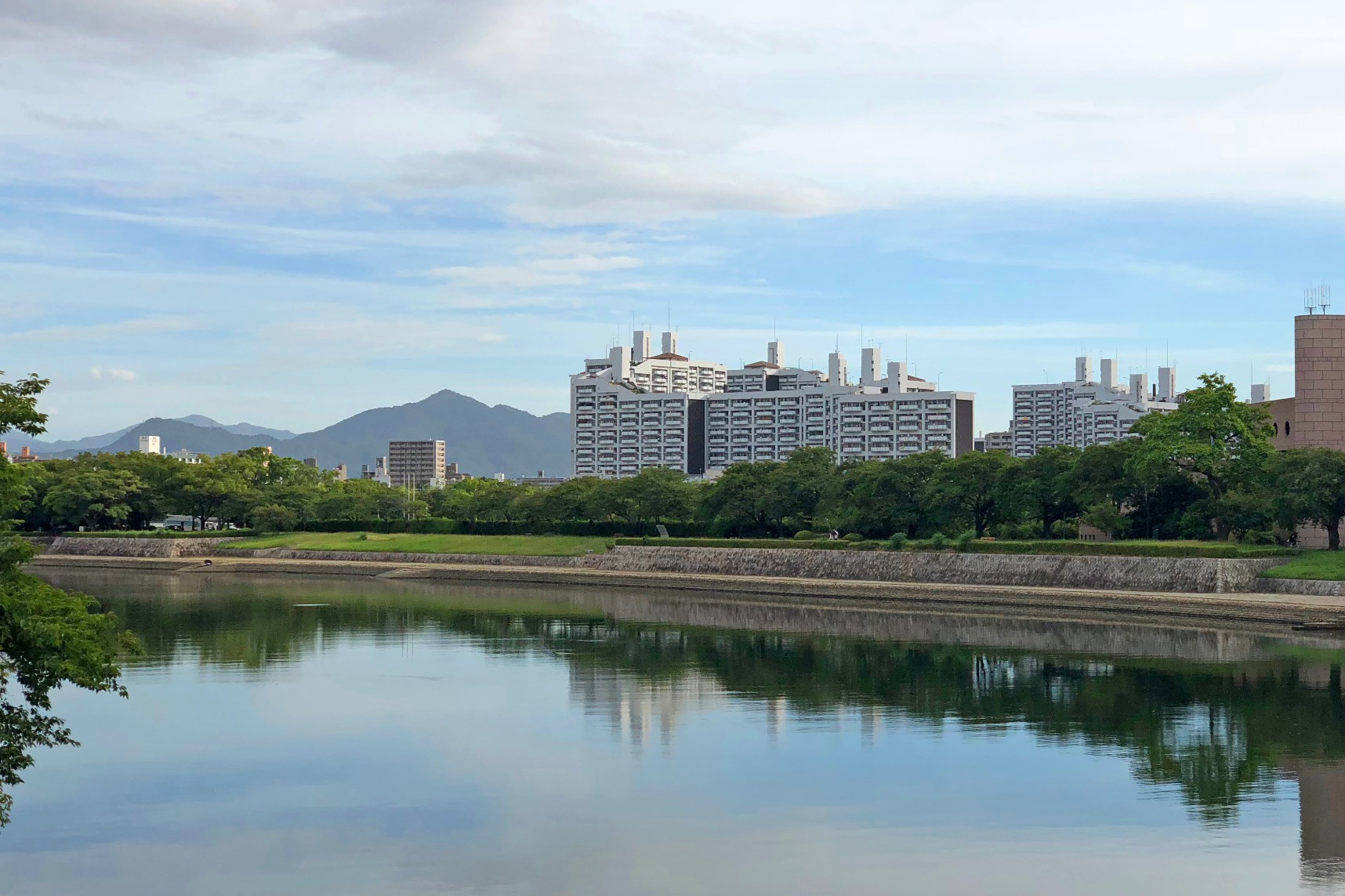 Before the Pacific War, there were various military facilities in Moto-machi mainly centered around the grounds of Hiroshima Castle. However, after the war, the area used by the military was instead converted into residential land, and many public housing facilities were constructed as a result of the housing shortage brought about by the population influx.

Along the east embankment of the Ota-gawa River (Honkawa River) that encircles the public housing area, numerous unauthorized residences were squeezed in next to each other stretching north-south for roughly 1.5 km from the Aioi-bashi Bridge, just north of the Atomic Bomb Dome, to the Misasa-bashi Bridge. Around 1970, there were about 1,000 shacks packed together, known as the "Atomic Bomb Slums" and "Aioi Street". 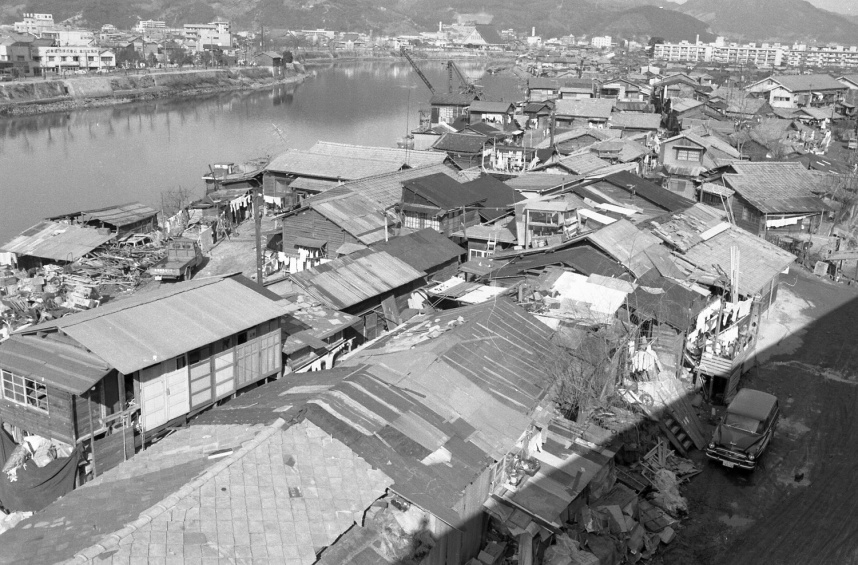 The Atomic Bomb Slums (courtesy of the Hiroshima Municipal Archives).

By 1968, the City of Hiroshima and Hiroshima Prefecture constructed about 930 mid-rise apartments, however due to their failure to eliminate substandard housing across the entire district, new redevelopment plans were sought, resulting in the construction of high-rise buildings. 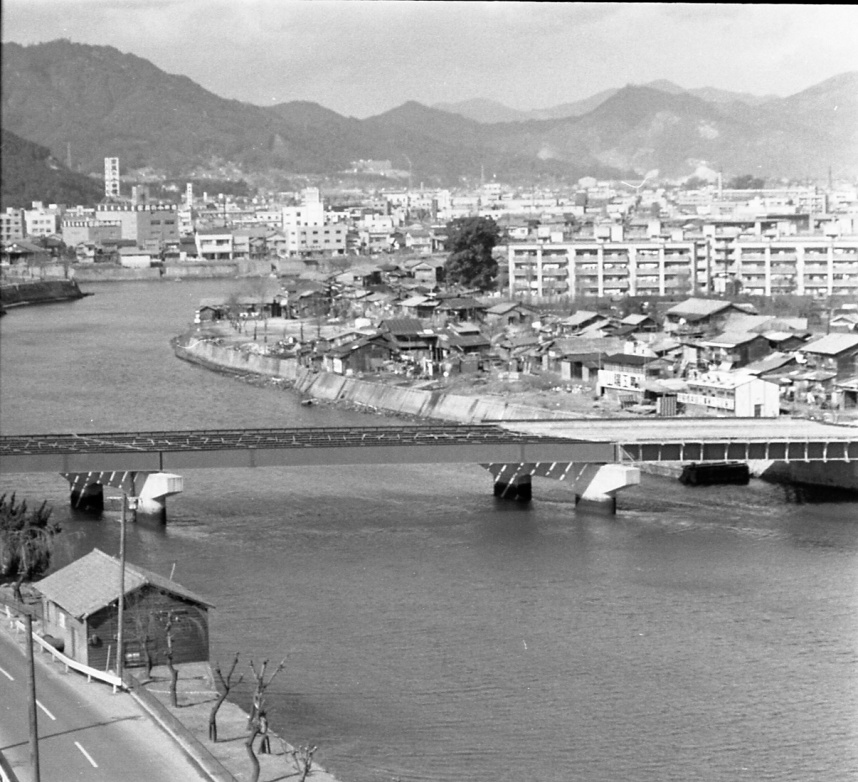 The construction of Moto-machi high-rise apartments started in 1969, and a total of 4,566 apartments had been built by 1978. In addition, a shopping center, elementary school, kindergarten and so on were also constructed in this residential area.
At the same time, the Chuo Park and green areas around the riverbanks were also established. 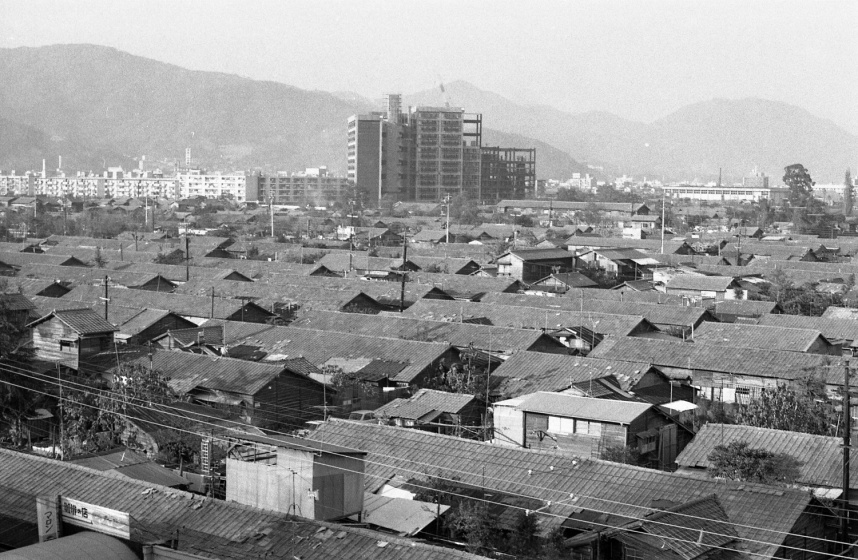 Construction of the Moto-machi Apartment Buildings (courtesy of the Hiroshima Municipal Archives). 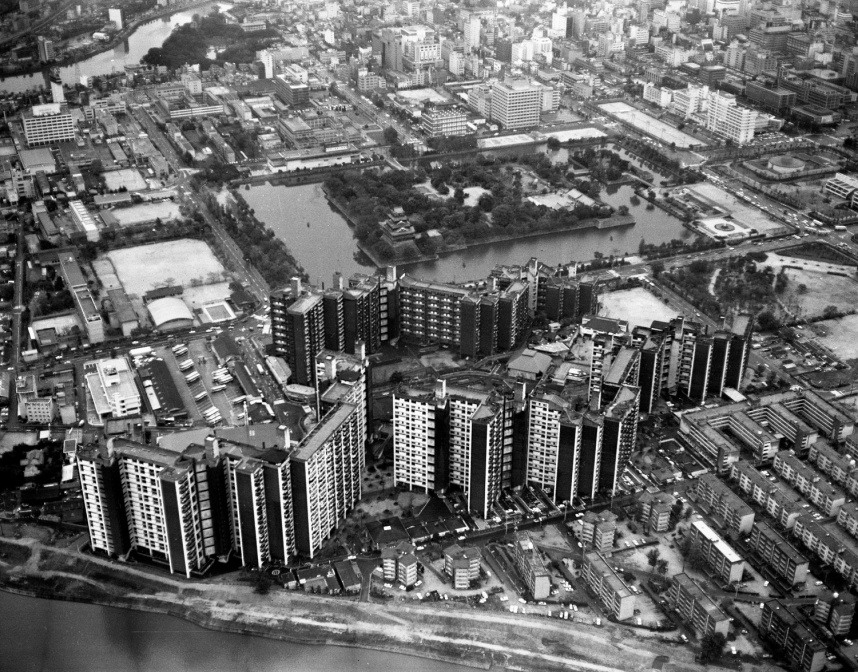 The Moto-machi Apartment Buildings circa 1978 (courtesy of the Hiroshima Municipal Archives). 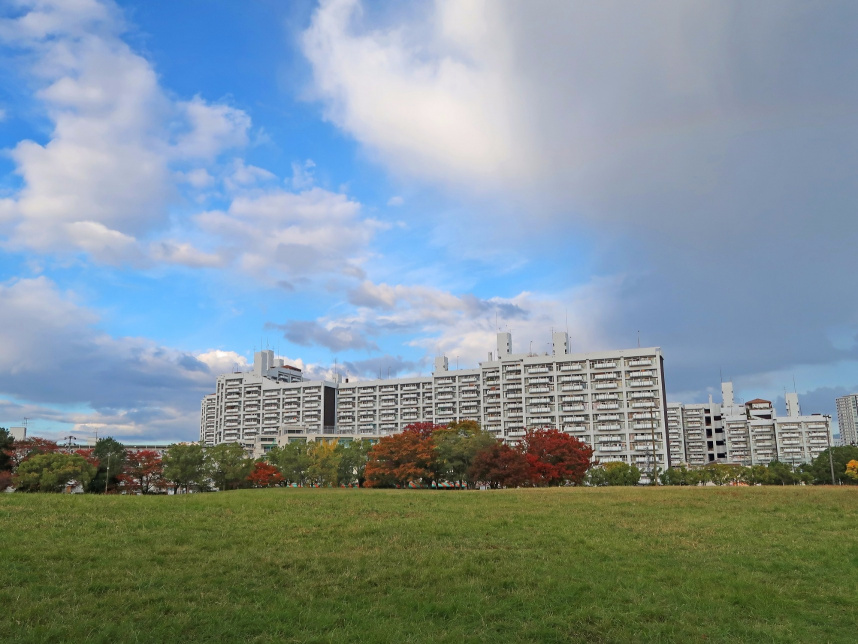