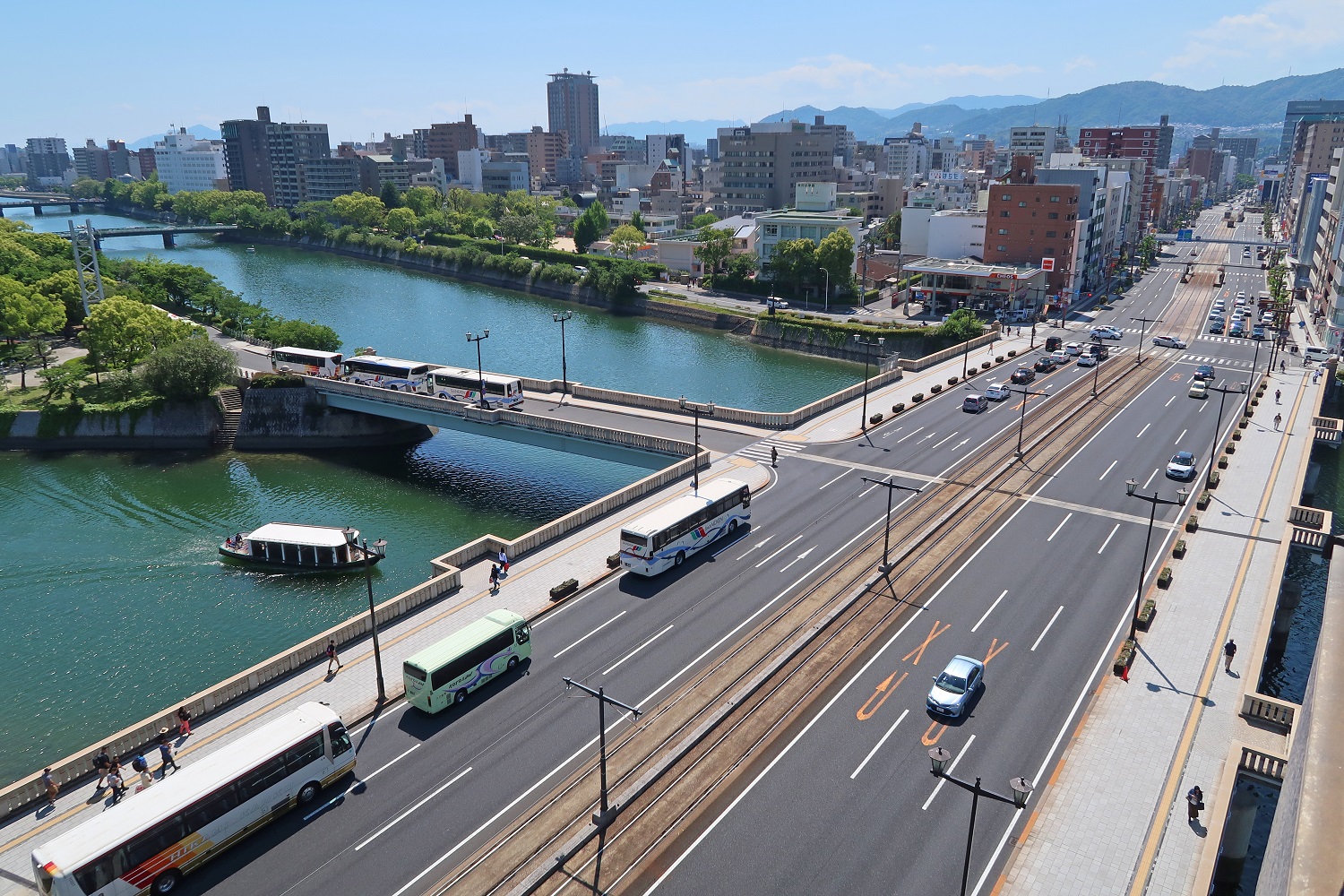 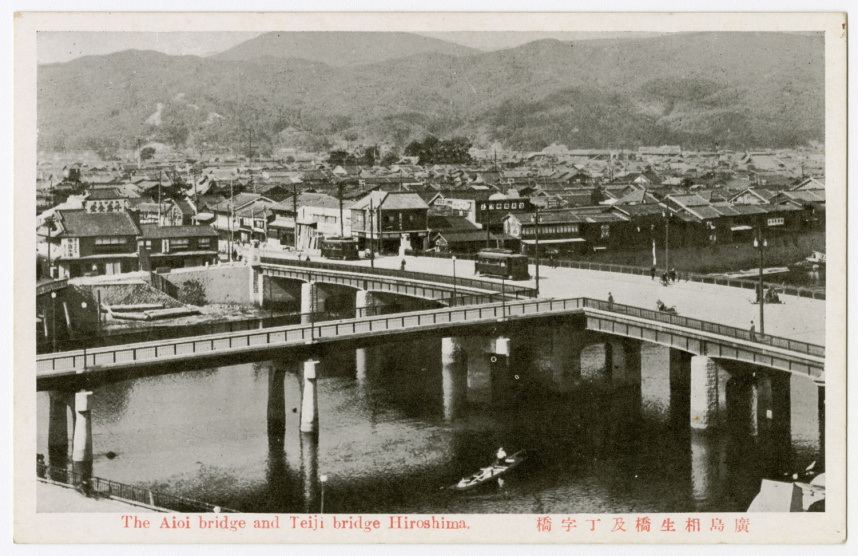 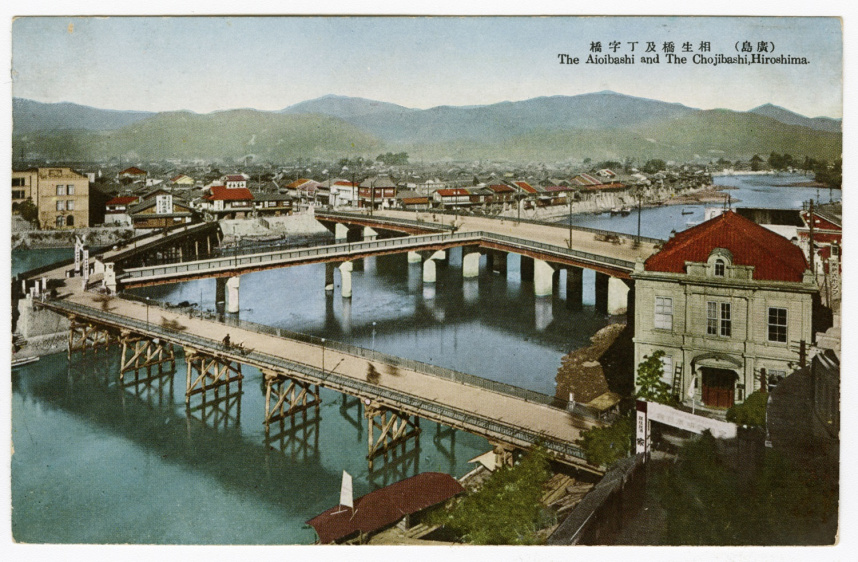 (Courtesy of the Hiroshima Municipal Archives)

Located in downtown Hiroshima, the Aioi-bashi Bridge was the target of the atomic bomb. The tremendous blast warped the girders, blew the handrail on the northern side into the river, and the walkway was lifted and warped. 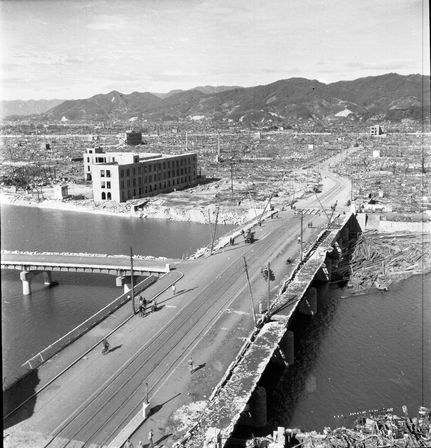 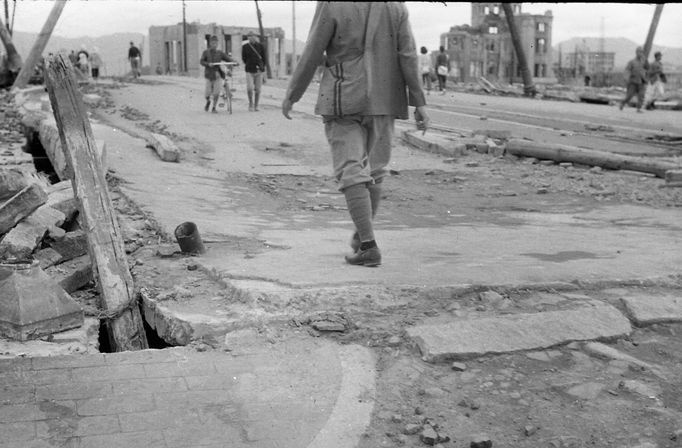 Reconstruction of the bridge began soon after the bombing, and the streetcars resumed service across the bridge on September 7, 1945. 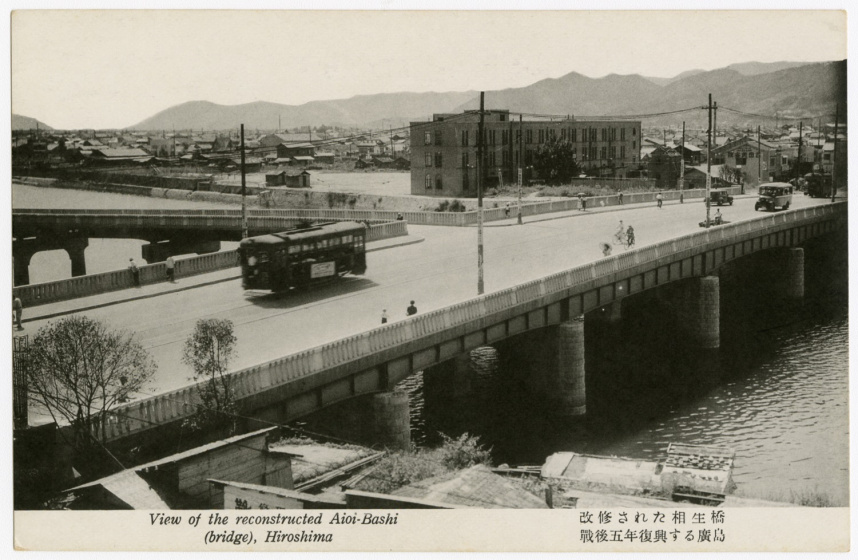 The bridge circa 1950 (Courtesy of the Hiroshima Municipal Archives) 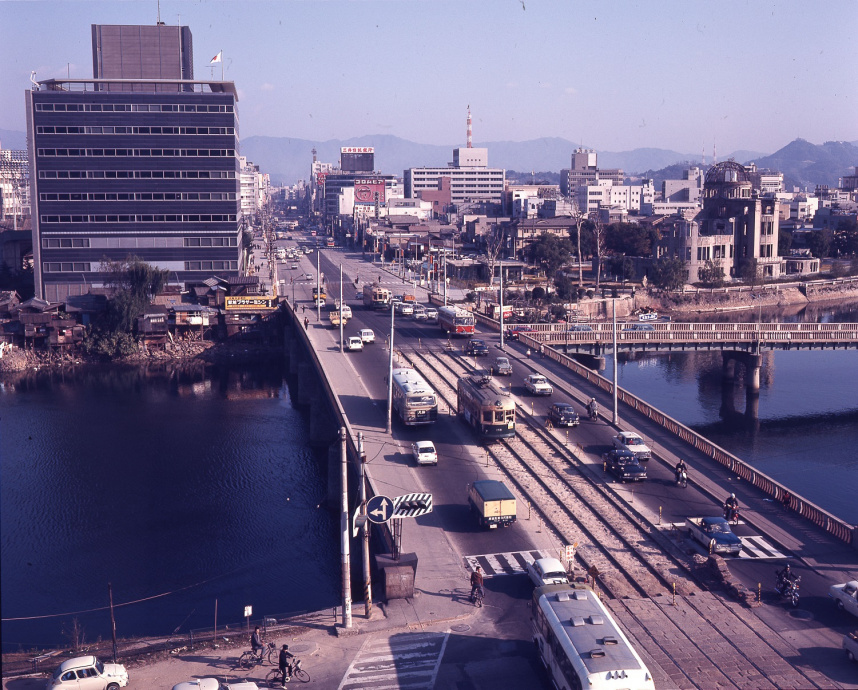 In 1983, the bridge, which played a central part in traffic to and from the city center, was completely rebuilt; however, part of a pillar that survived the bombing was preserved, and now sits at the foot of the bridge in Peace Memorial Park. 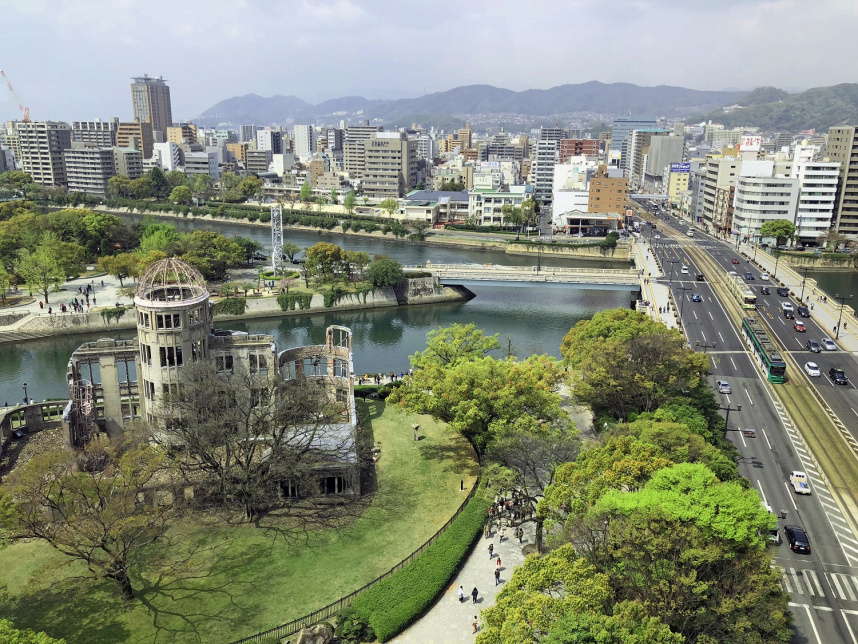 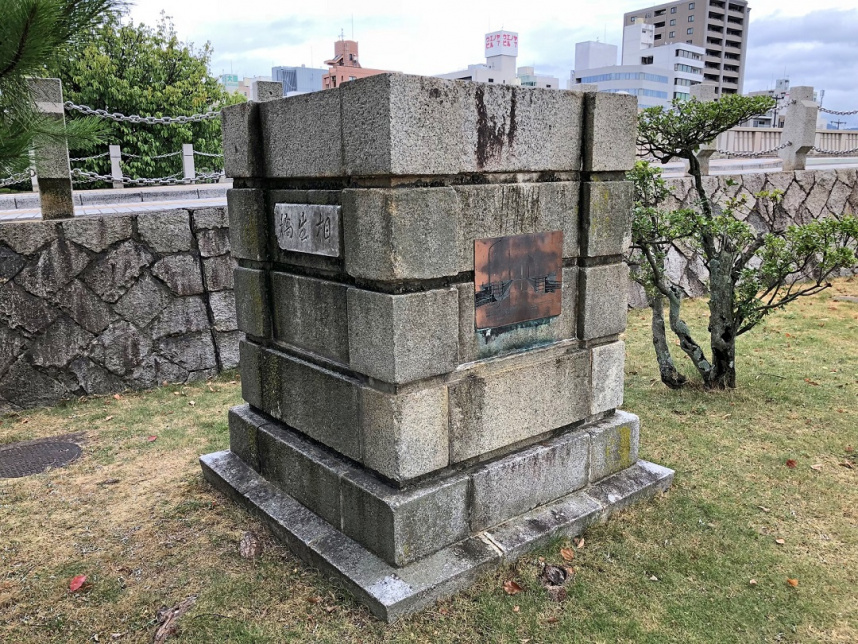