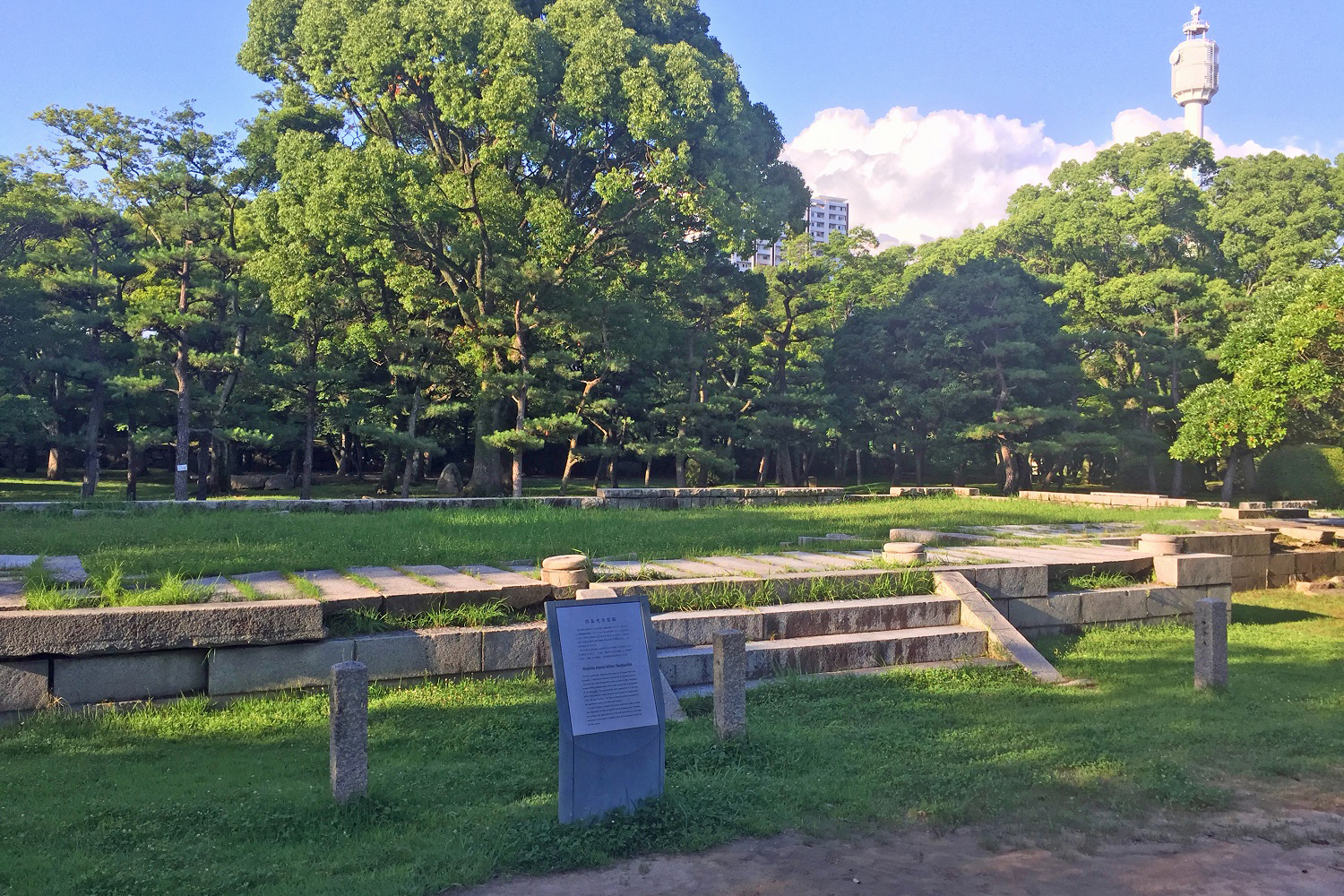 When the Sino-Japanese War broke out in August 1894, the completion of the Sanyo Railway and the Ujina Line made Hiroshima an ideal location for the Japanese Imperial Army Headquarters. The decision was made to move headquarters there in September of the same year, with a building inside the Hiroshima Castle complex which housed the 5th Army Division designated as the provisional quarters for the Meiji Emperor. 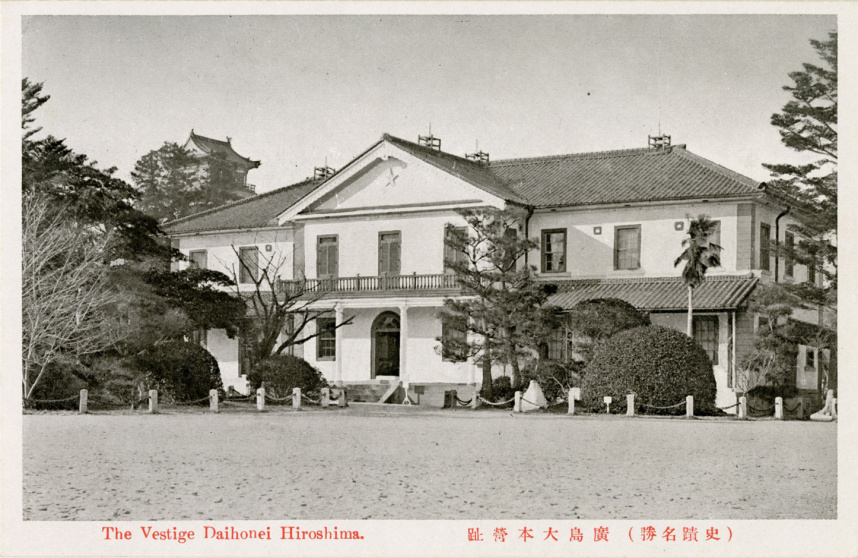 Before the bombing (courtesy of the Hiroshima Municipal Archives).

The emperor resided in Hiroshima for 7 months (from September 15, 1894 to April 27, 1895), however, the building was completely lost to the August 6 bombing, leaving only the foundation stones to remain. 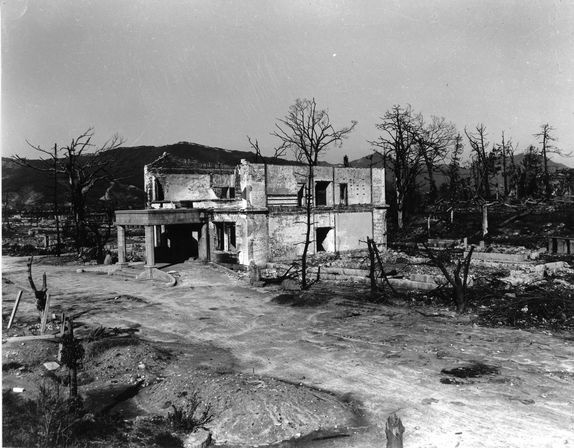 In November 1945 (courtesy of the Hiroshima Peace Memorial Museum).