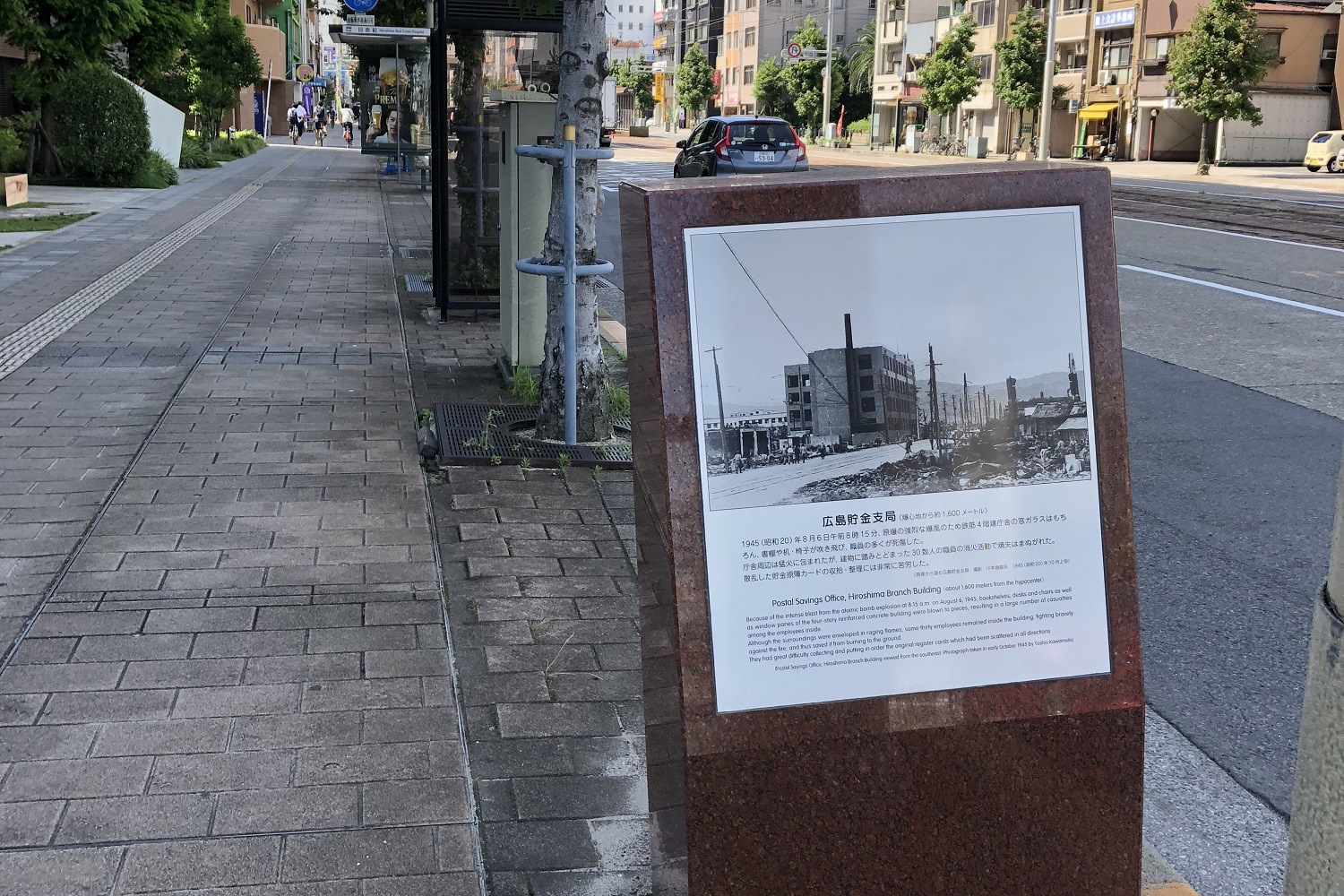 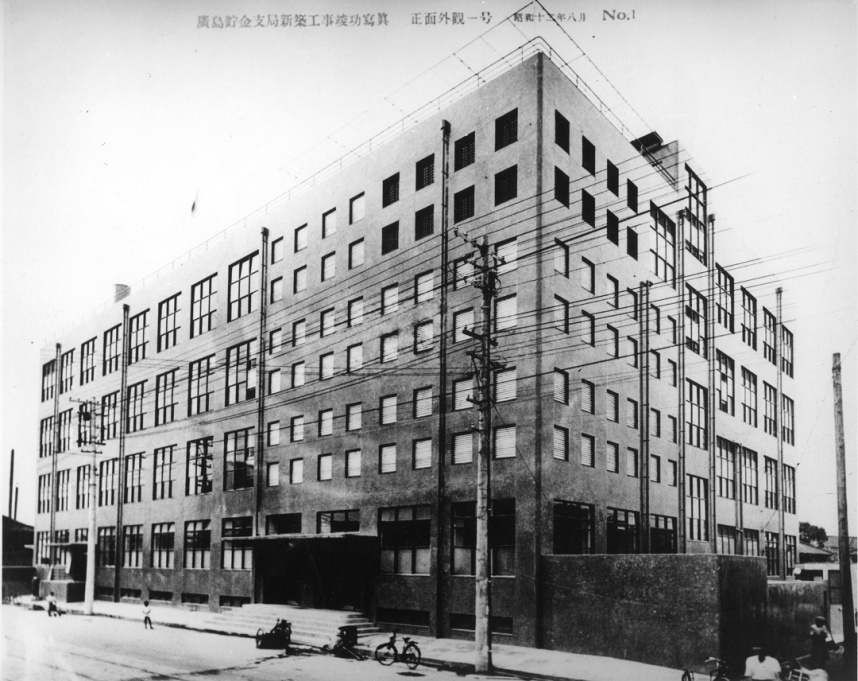 The building circa 1937 (Courtesy of the Hiroshima Peace Memorial Museum)

Built in 1937, the Hiroshima Branch of the Postal Savings Office was a four-story building of reinforced concrete, complete with a finished basement. 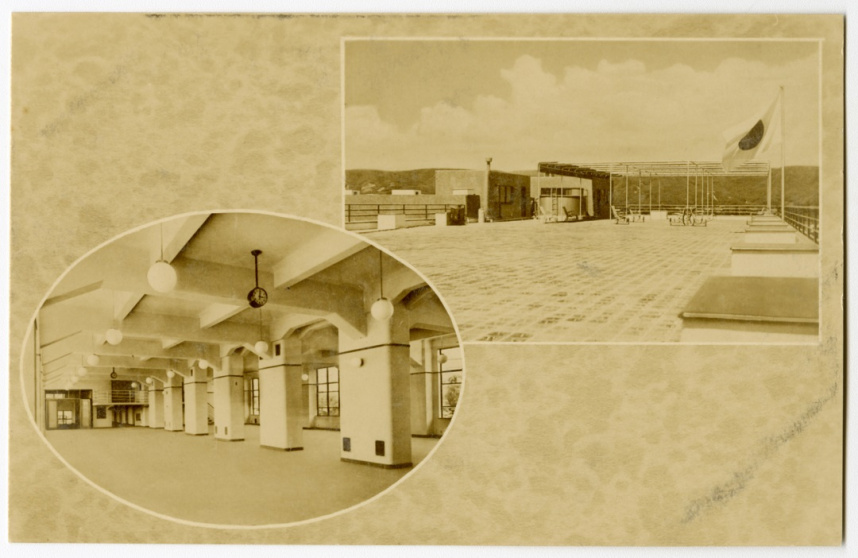 During construction (Courtesy of the Hiroshima Municipal Archives)

1,600 meters from the hypocenter, the August 6 blast shattered all of the windows and reduced the bookshelves, desks, and chairs inside to splinters. Many of the employees inside the building lost their lives that day, and many more were injured. In the ensuing firestorm that raged around the building, 30 or so employees risked their lives to battle the flames, saving the building from complete destruction. The basement, still relatively intact, served as an evacuation site for the injured. 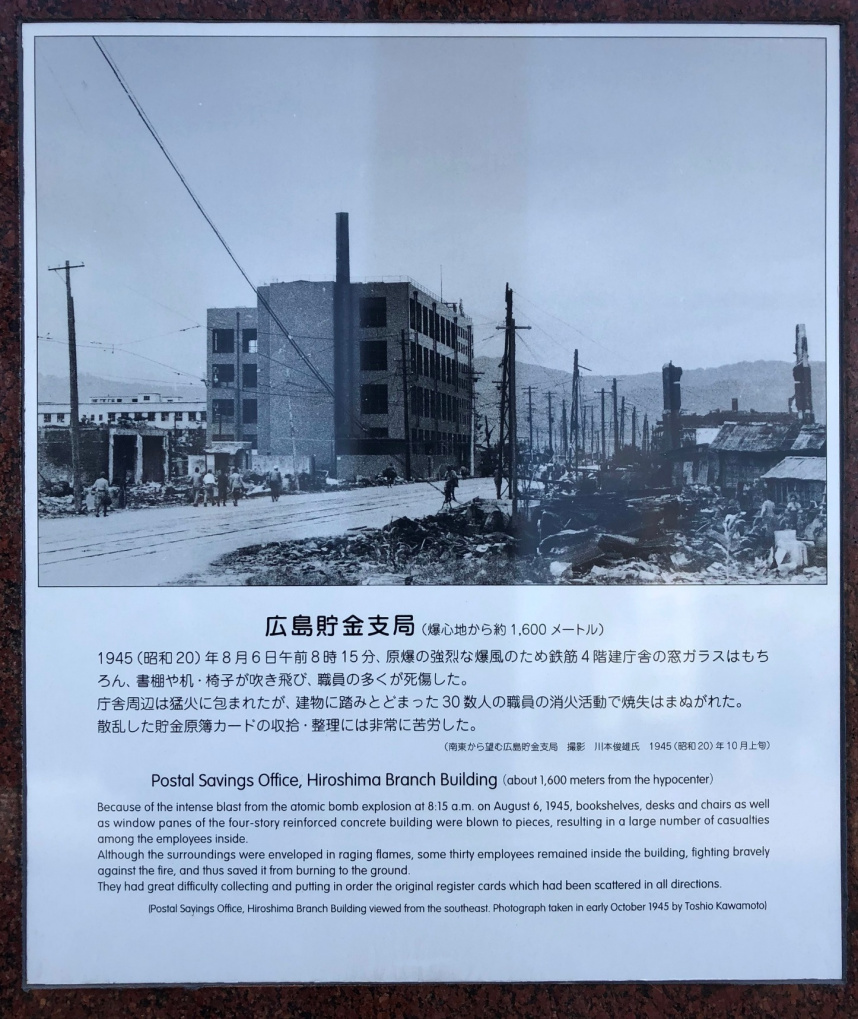 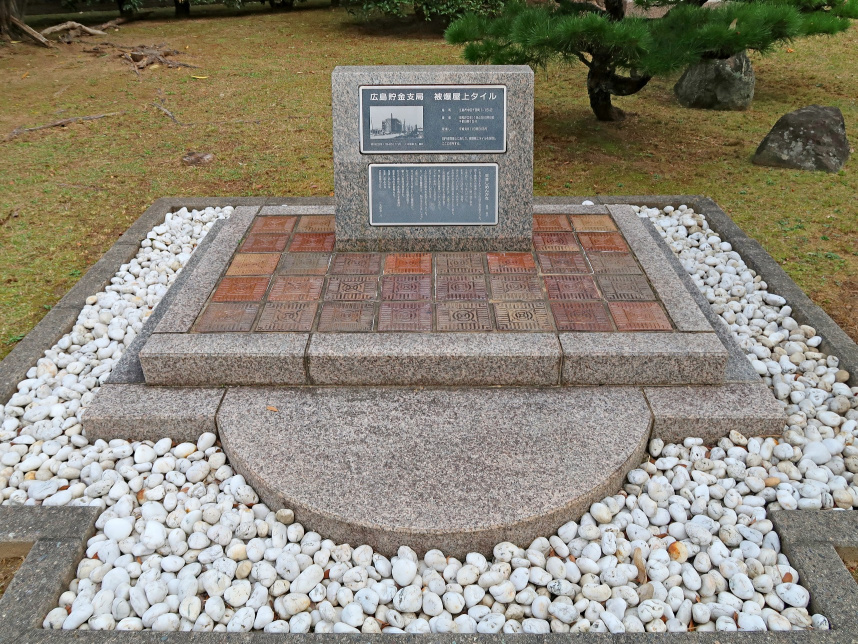