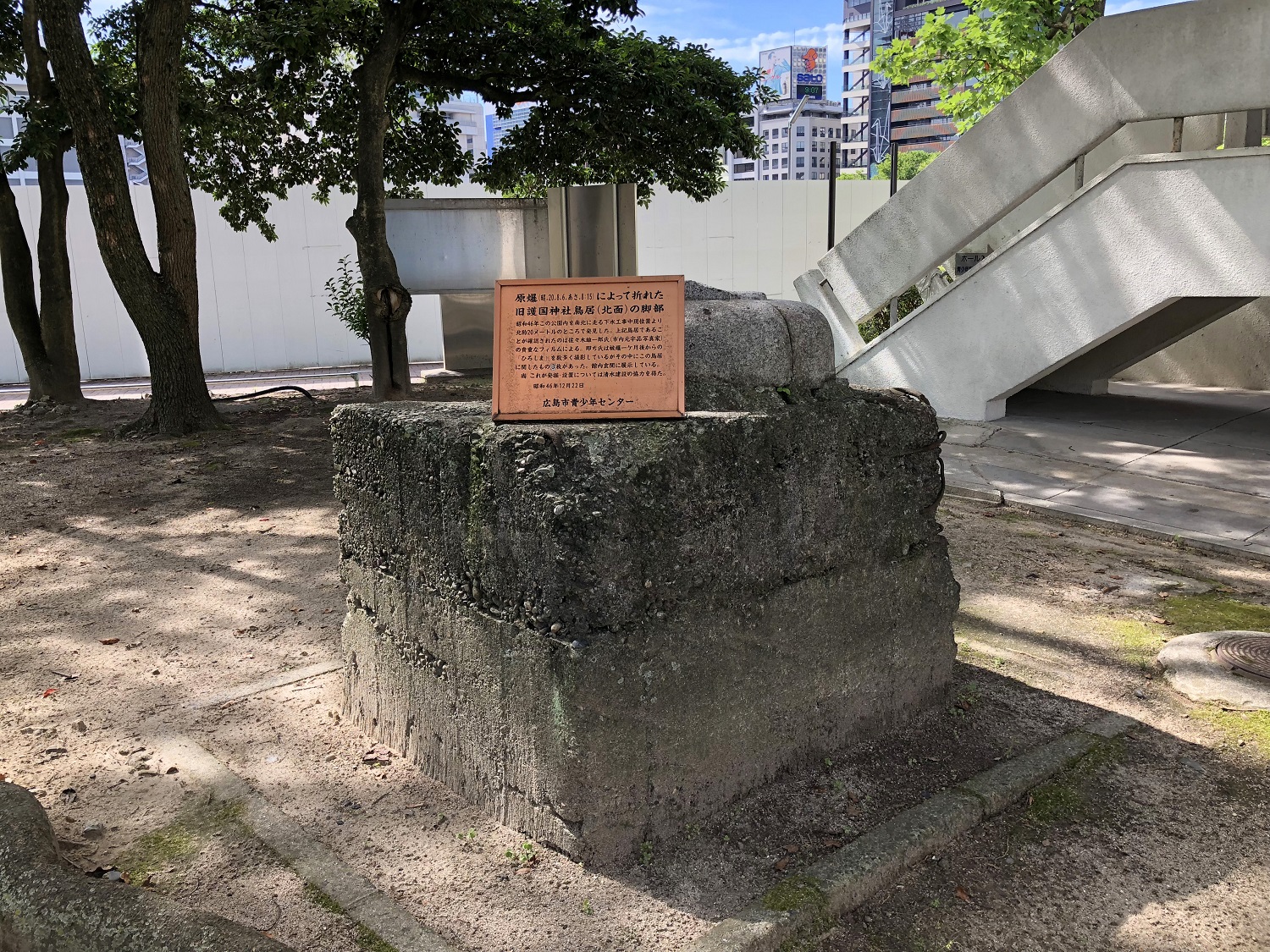 Once three torī gates stood at the site of the former Gokoku Shrine, a mere 370 meters from the hypocenter. The August 6 blast toppled the gates, leaving them in broken pieces. This is the one of two pedestals on which the north torī gate once stood. 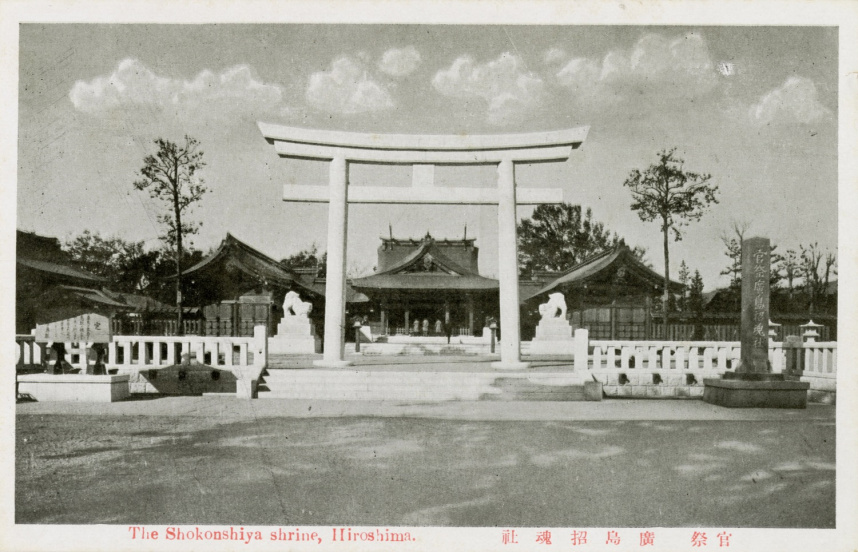 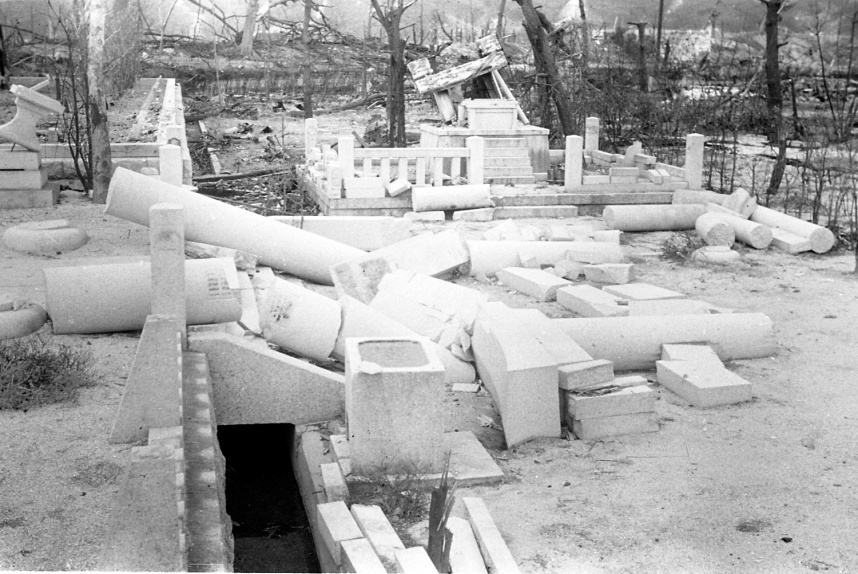 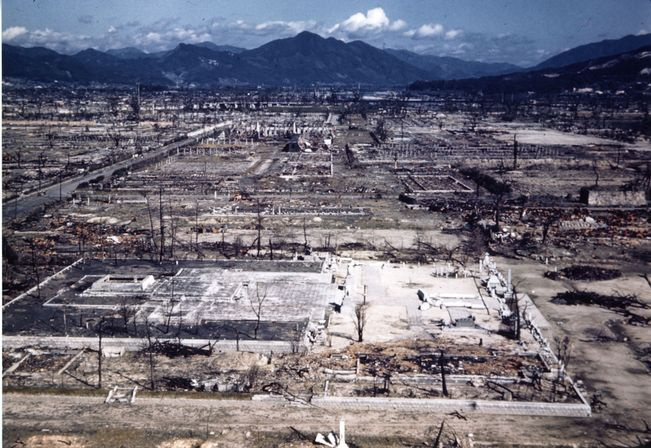 Burnt remains of the former Hiroshima Gokoku Shrine, post-bombing. (Photo by US Army/ Courtesy of the Hiroshima Peace Memorial Museum)