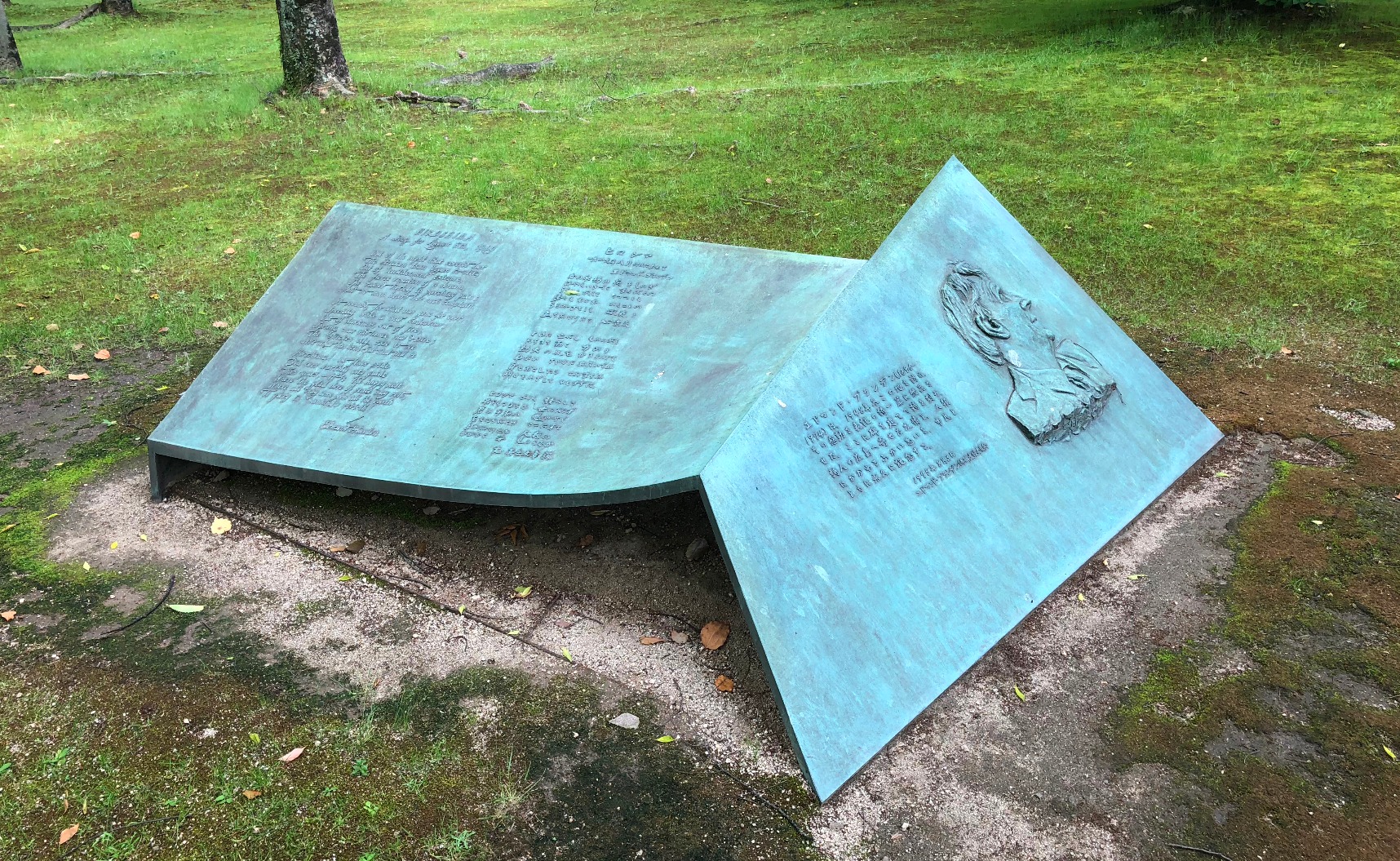 Edmund Blunden (1896-1974) was a British poet and pacifist. From 1924 to 1927, he served as a professor of English Literature at the former Tokyo Imperial University (current University of Tokyo). Blunden would later return to Japan in 1947 as a member of the British liaison mission in Tokyo.

The poem was rediscovered in 1975 by the former HU Dean of the Faculty of Letters Michio Matsui, and with the support of the Japan-British Cultural Society, the Edmund Blunden Memorial was built. Shaped like an overturned book, this bronze memorial, located just north of the Hiroshima City Central Library, in inscribed with the original English and Japanese translation of the poem.